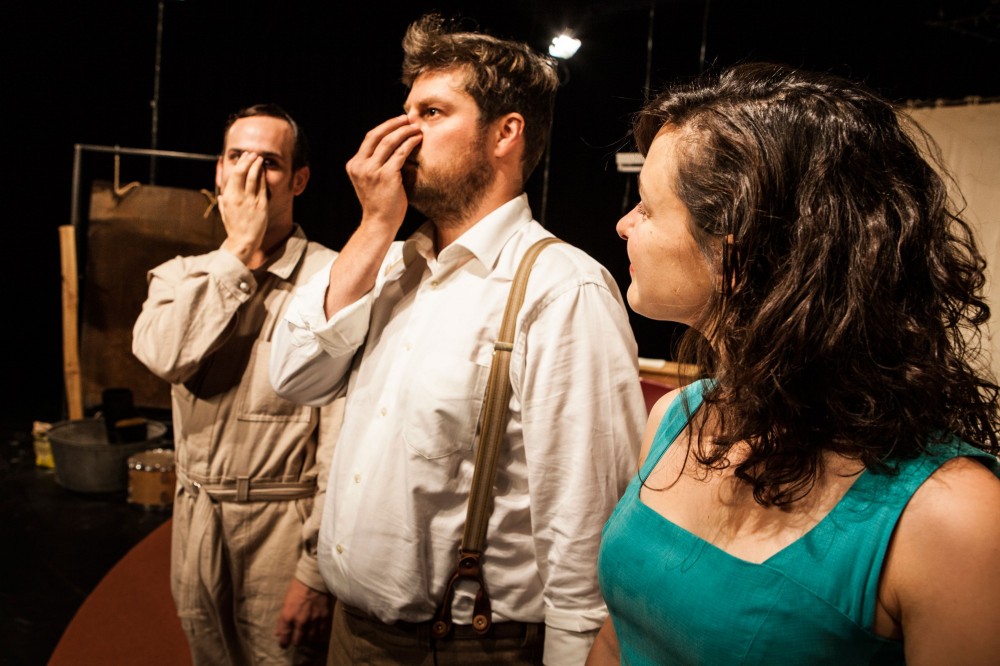 The brave swordsman and talented poet Cyrano is in love with his cousin Roxane. However, he doesn’t dare declare his love because his insecurity about this appearance causes him such anguish.

Roxane is in love with the handsome young Christian and asks Cyrano to protect him. Christian, however, doesn’t dare write to Roxane or even address her because he doesn’t feel he is on her level intellectually. The young men make a pact: Cyrano will give Christian the words and Christian will lend Cyrano his physical charm.

Based on Edmond Rostand’s ‘Cyrano de Bergerac’, Cyrano is a romantic drama in five acts, originally written for 60 actors. In 1996 Blauw Vier tackled it with just three enthusiastic actors/sounds-effects engineers, old-fashioned theatre equipment, a pile of noisy old junk and great fervour. Radio play techniques were used to give the production its remarkable form: it rained and thundered on the stage, gravel produced the crunching of approaching footsteps and with the sound of a simple bird whistle you suddenly found yourself in the middle of a thriller. The result was both amusing and unsettling. This relativized the shameless sentimentality of the love story, giving it a fresher, more roguish and credible cachet. Public and press were unanimous in their praise: “A play you have to go and see, even if you almost never set foot in the theatre”, wrote De Morgen after the première.

Almost 20 years later we are staging a remake of this highly successful production with a new cast.

“Every playful, visual tour de force contributes to the inventiveness of this sublime show. Despite the many ideas incorporated into it, by balancing content and form, technology and the acting experience, this ‘Cyrano’ is a show that goes straight for the jugular with apparent ease.” www.cuttingedge.be 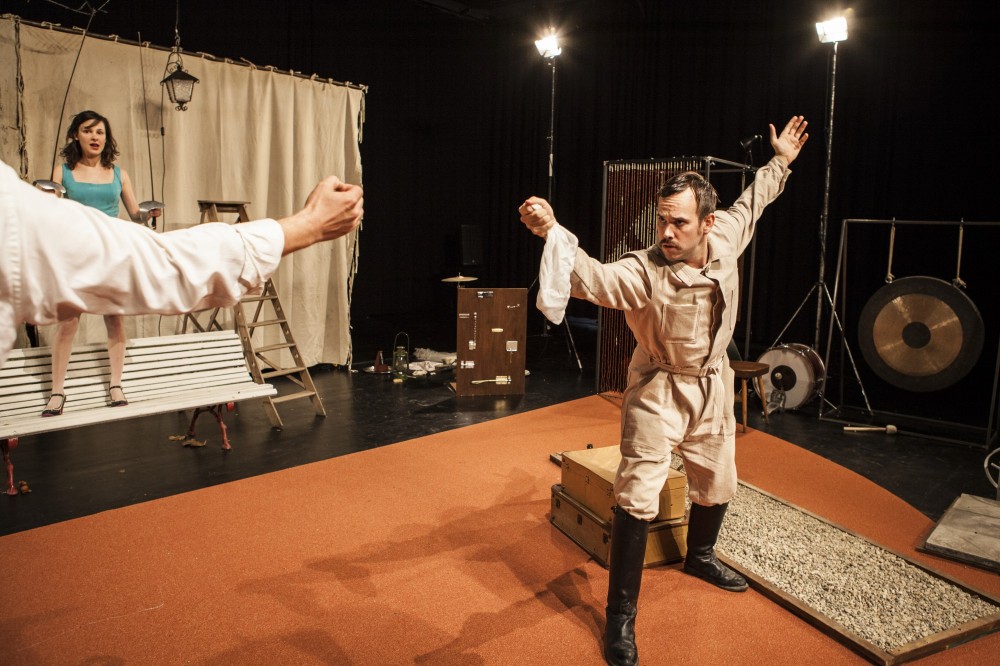 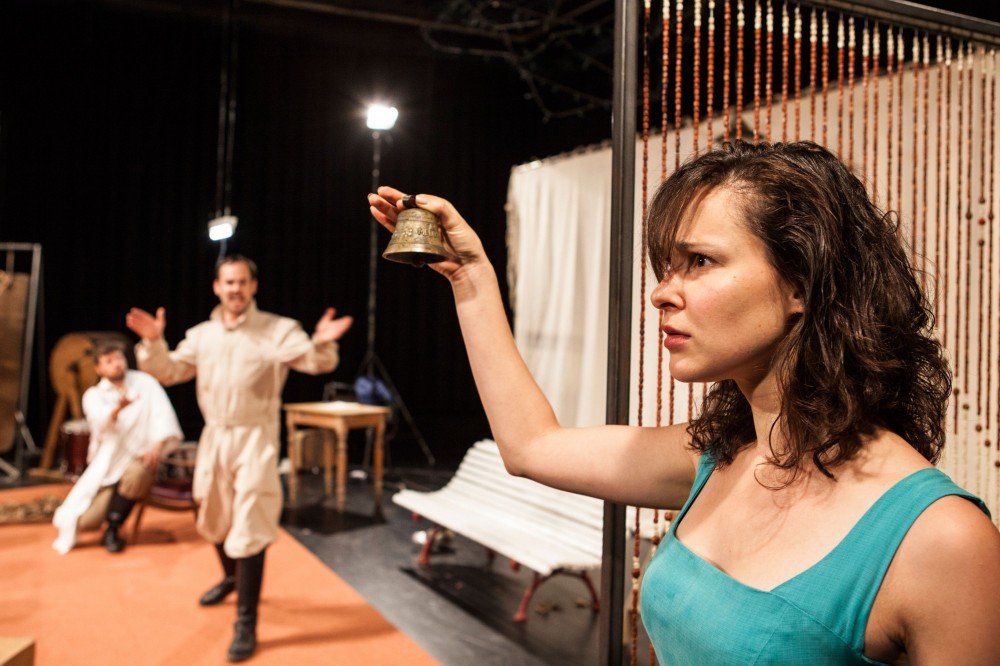 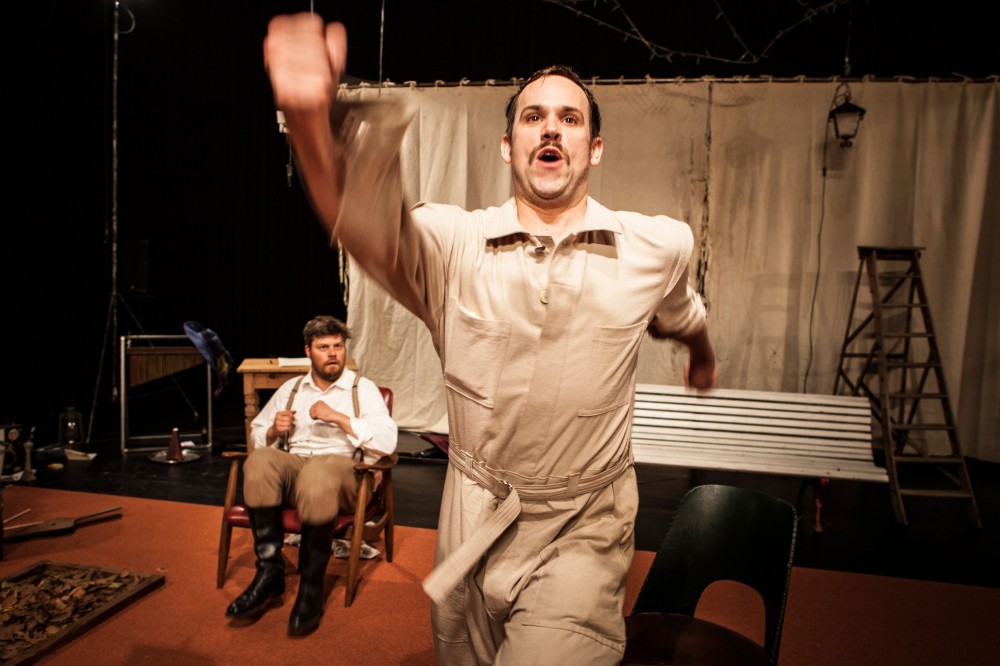 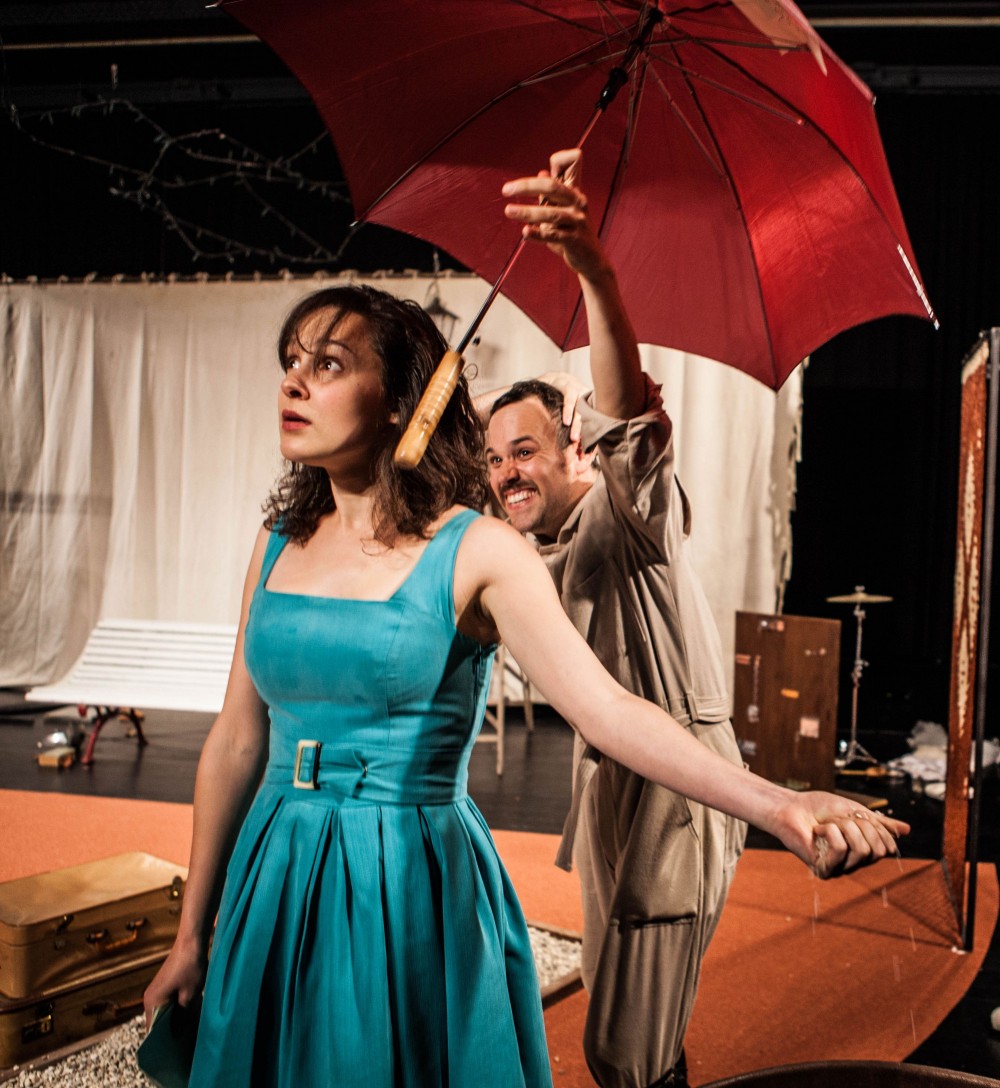 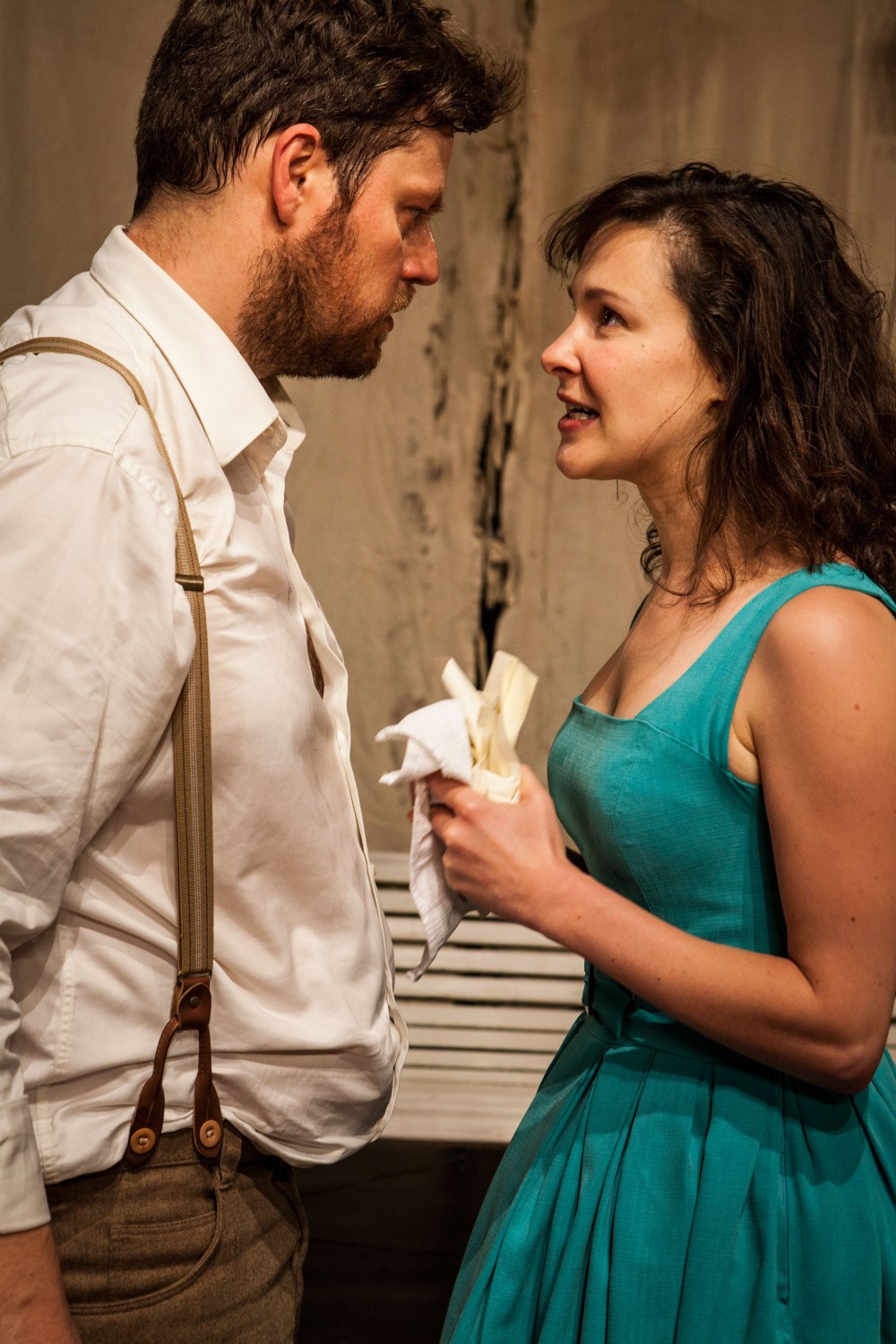 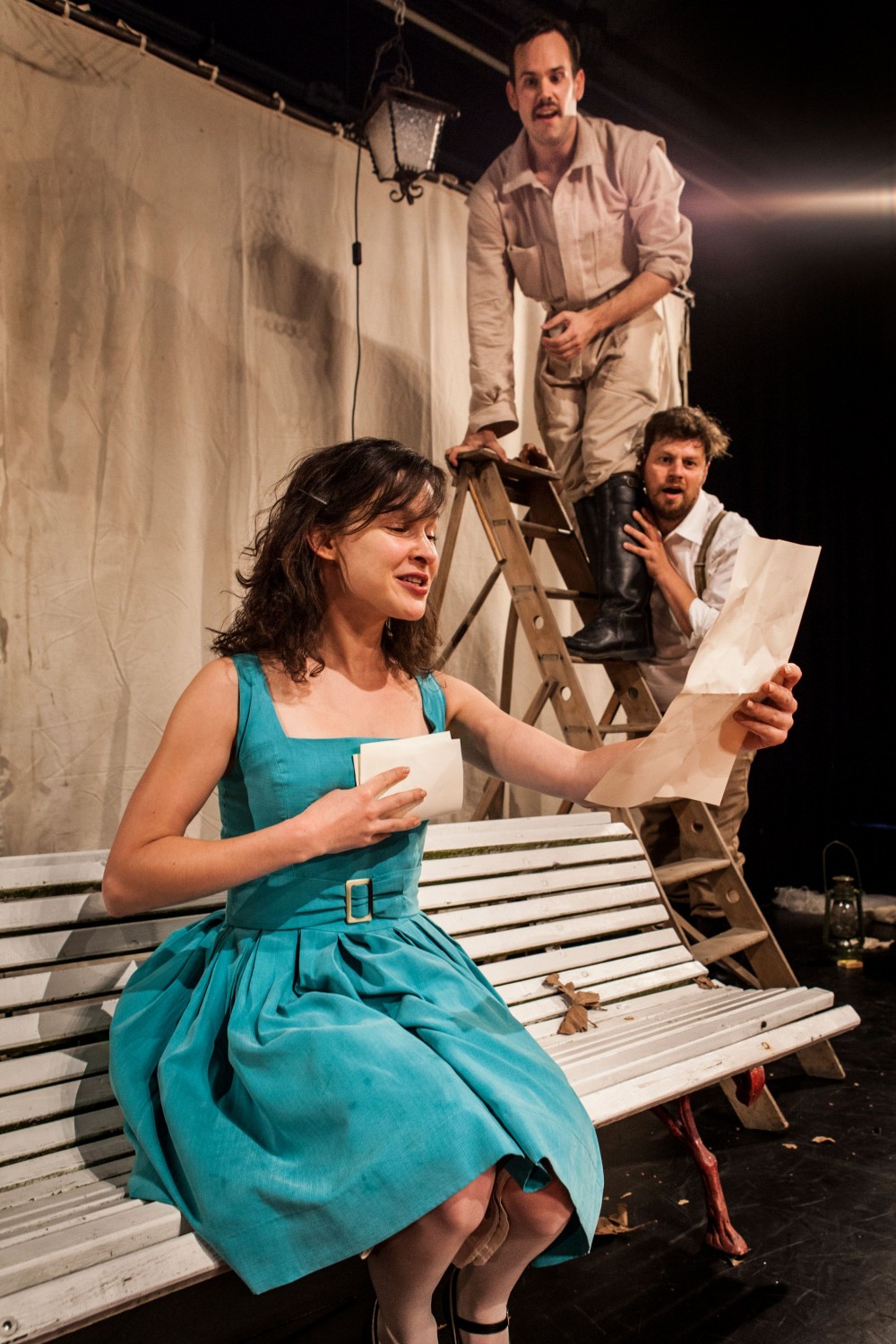 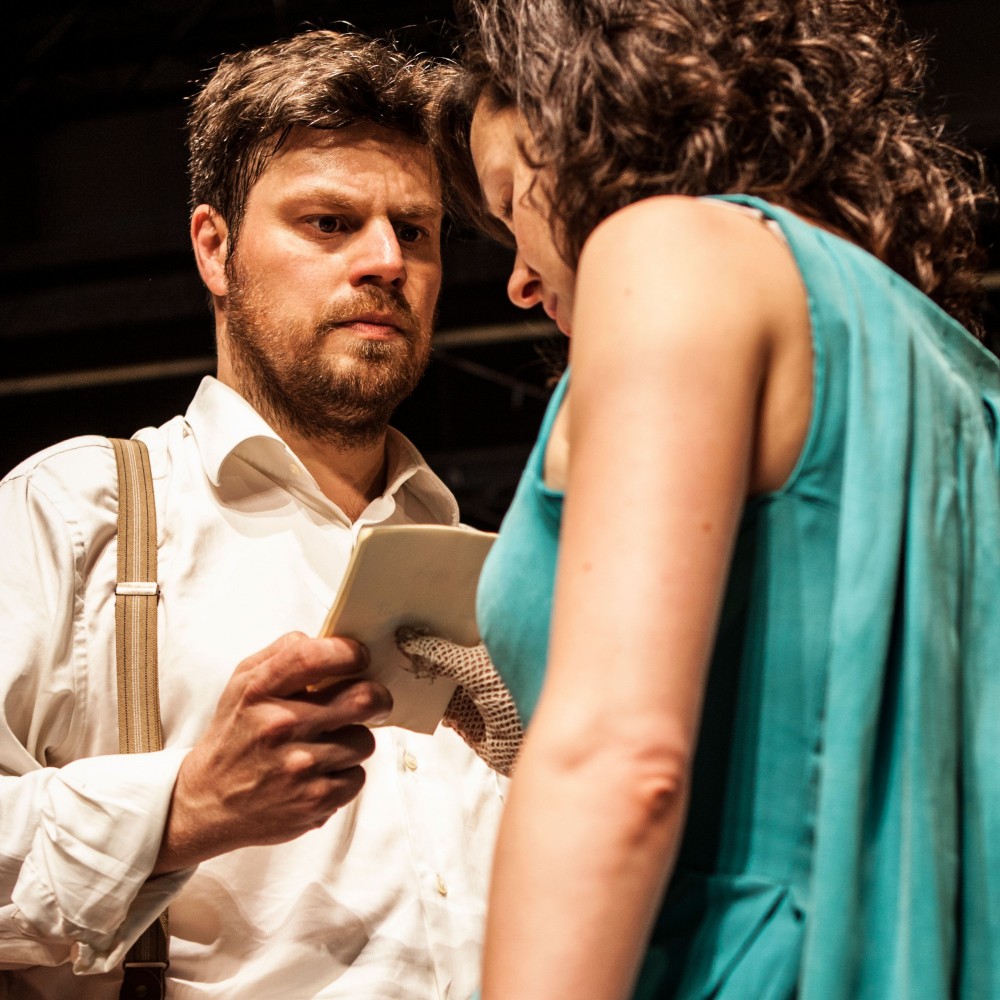 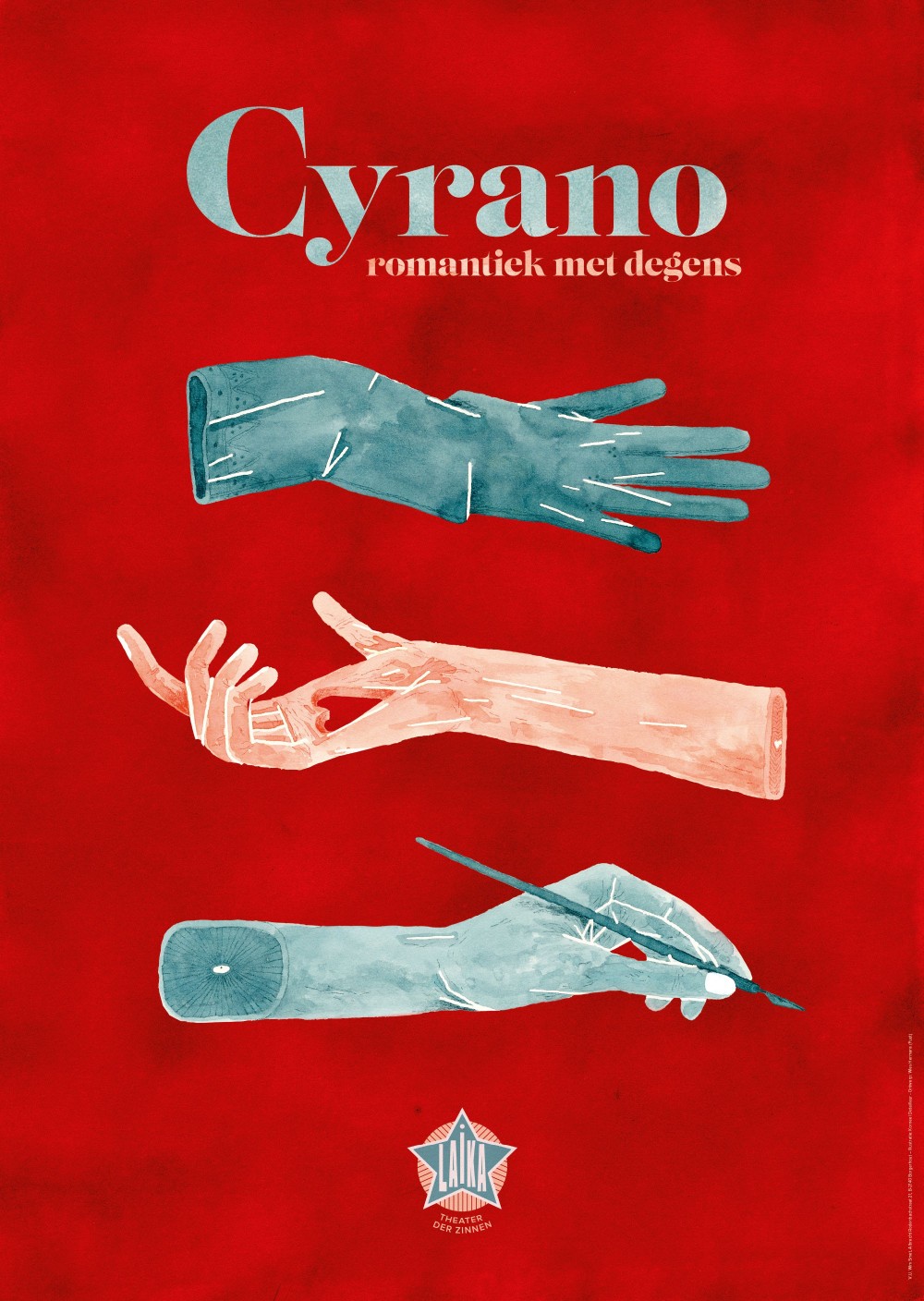