Rabbit with plums15+
About oil and other wrenching issues 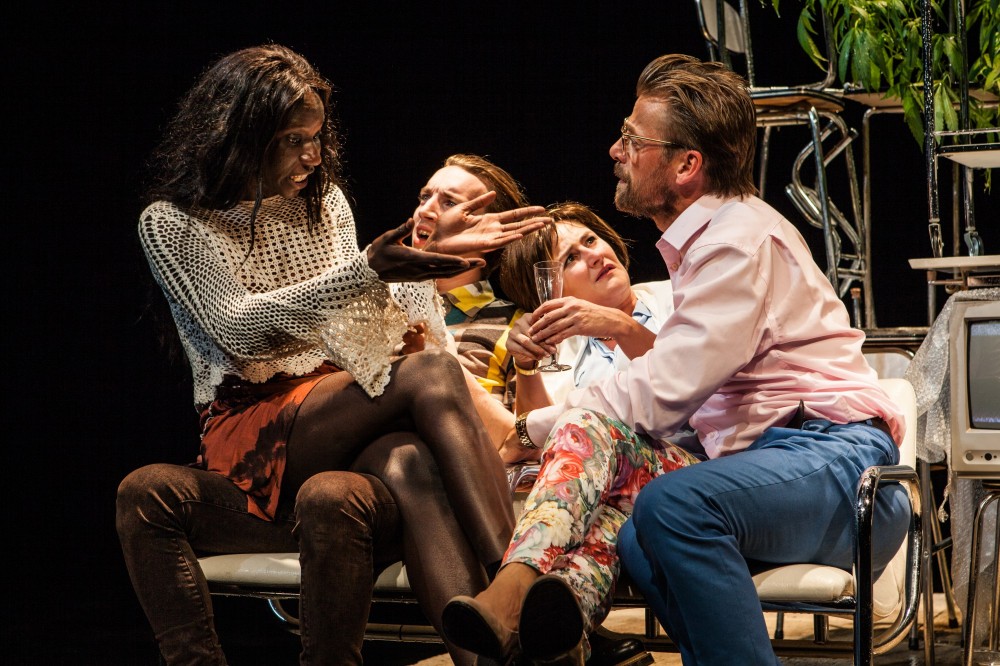 At our request, Dimitri Verhulst wrote a brand-new script for a play. Rabbit with plums (Konijn met pruimen) is set at the home of Mr. and Mrs. Van Campenhout. Whacking great villa, fleet of cars in front of the door each with an average emission of over 300 grams Co2 per kilometre, thermostat permanently at a minimum of 27 degrees, avowed meat-eaters, in short: people for whom the concept of ‘sustainability’ only means that they can afford to go on living this lifestyle indefinitely.

A meal is planned for son Wim’s birthday. Wim introduces his new girlfriend Evelyn, who seems to be the opposite of the couple in just about every way and does nothing to conceal her opinions. This rather dampens the party spirit…

What follows is not just a conflict between two generations, but also a conflict between ways of life and consumption patterns and attitudes to our relationship with this planet. A tragic, hilarious, grotesque exchange ensues while feelings gradually become overheated and the rabbit with plums slowly blackens in the oven.

Bos+ is an organization committed to creating more and better woodland in Flanders and in the world. Rabbit with plums (Konijn met pruimen) is the artistic part of a large-scale project entitled ‘Oil floats on the surface’ (Olie drijft boven) which is being developed both in theatres and in schools. The project draws attention to the complex problem of petroleum extraction in the Amazon region and points a finger at our devastating ecological footprint. Bos+ and Laika want to get young people involved in this issue. Before and after the play, pupils will spend time at school working on the themes of sustainability, ecology and transition. They will be urged to reflect on the possibility of bringing about lasting changes in their own lives and in society as a whole.

“Konijn met pruimen might easily have fallen into the trap of moralizing, but grandiosely avoids doing so. Dimitri Verhulst wrote a wonderfully layered script in which parents Frank Dierens and Janne Desmet give free rein to their humour, while Desmet junior’s new black girlfriend is the butt of racial prejudice. This play was a veritable hit among schoolchildren: great fun, and yet nobody left the hall unchanged by it." Filip Tielens

"You couldn’t have known, of course, but actually I’m a vegetarian. / But that rabbit was already dead. Or doesn’t your religion allow you to eat dead animals?"
Dimitri Verhulst
How did you like Rabbit with plums? Leave us your comments!
Comments  |  Leave a comment 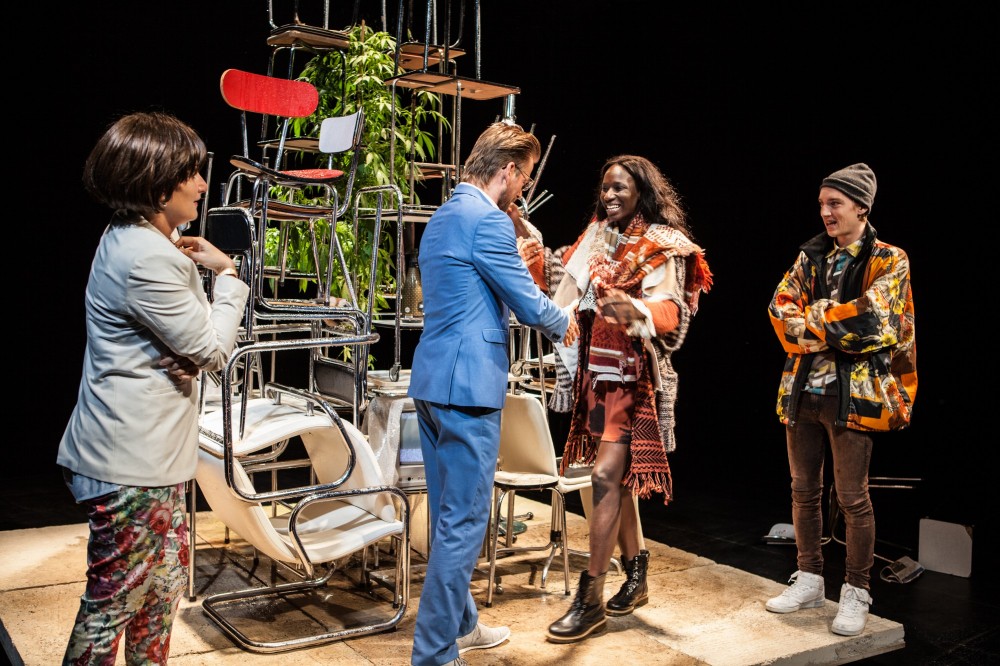 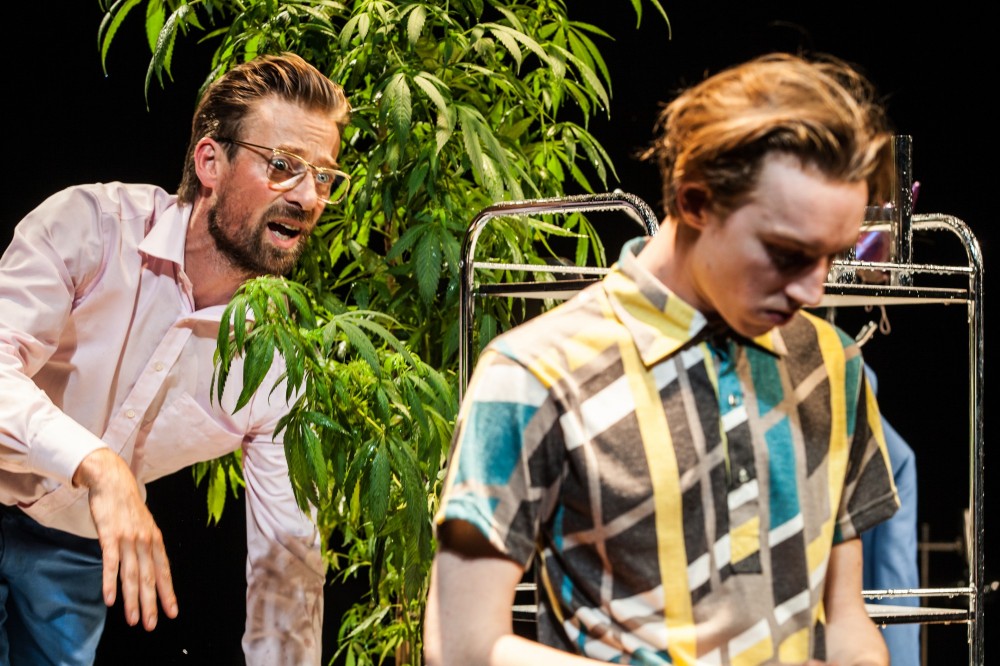 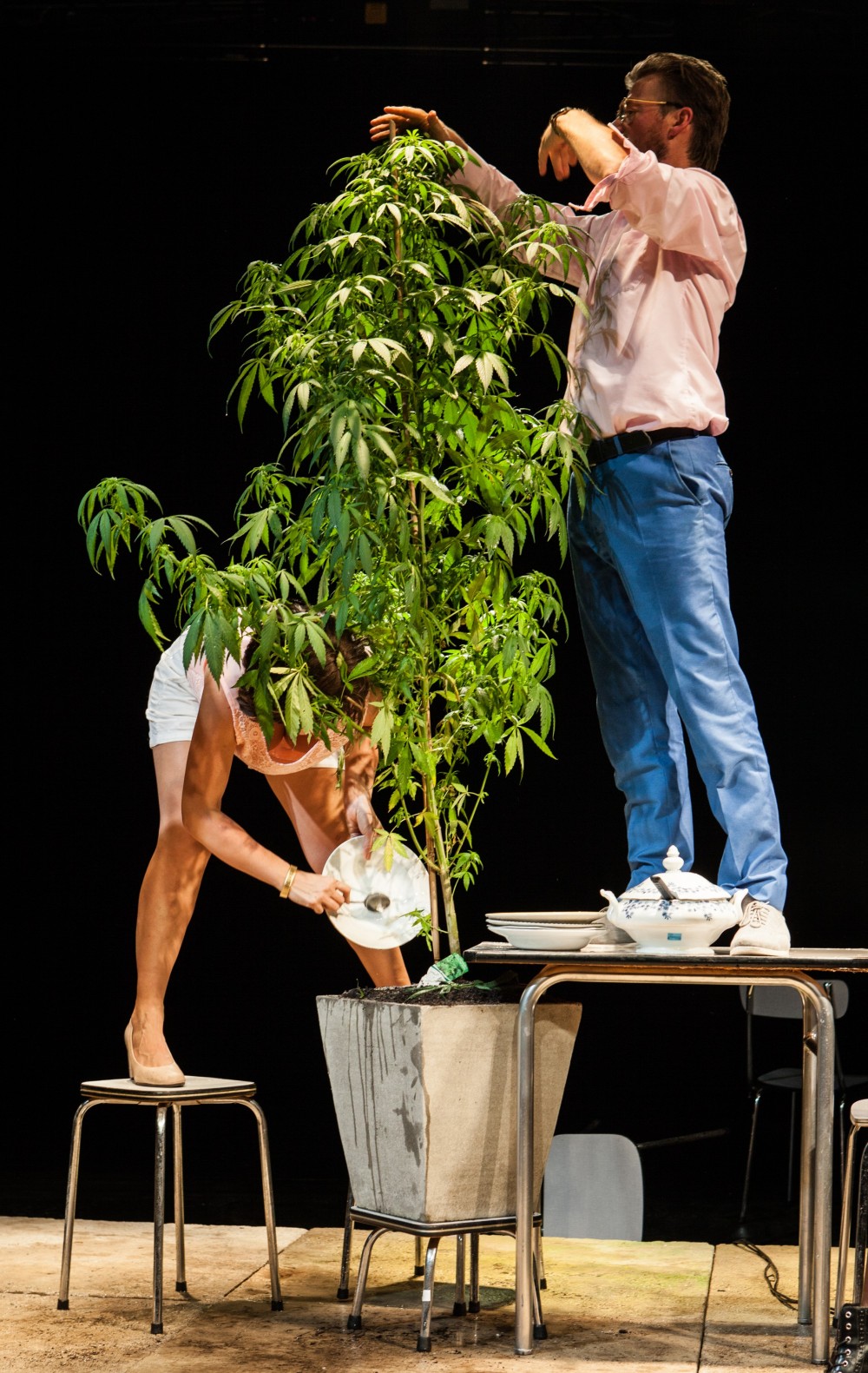 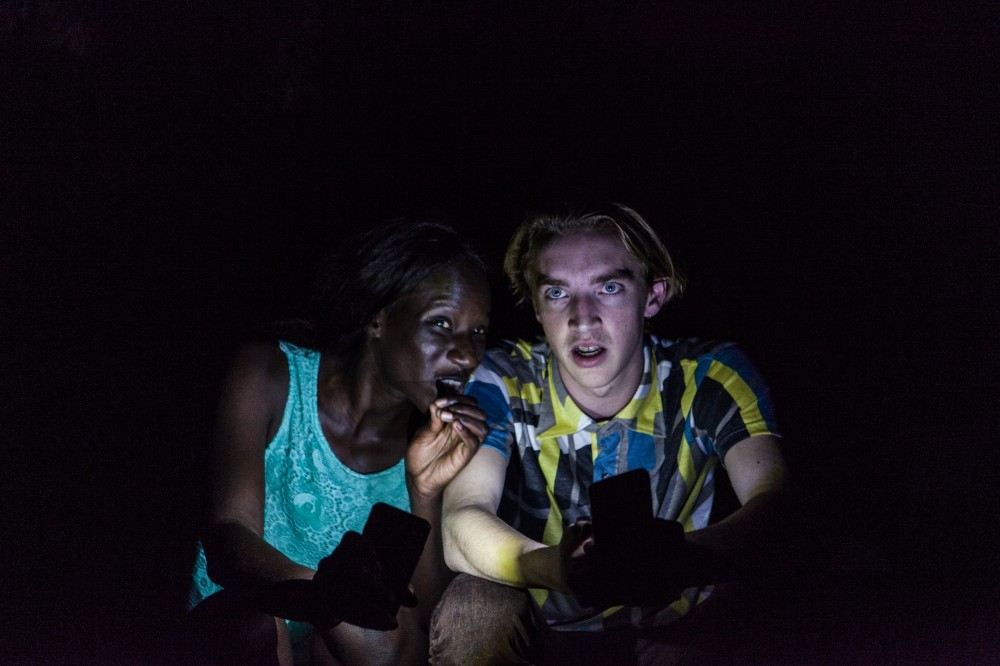 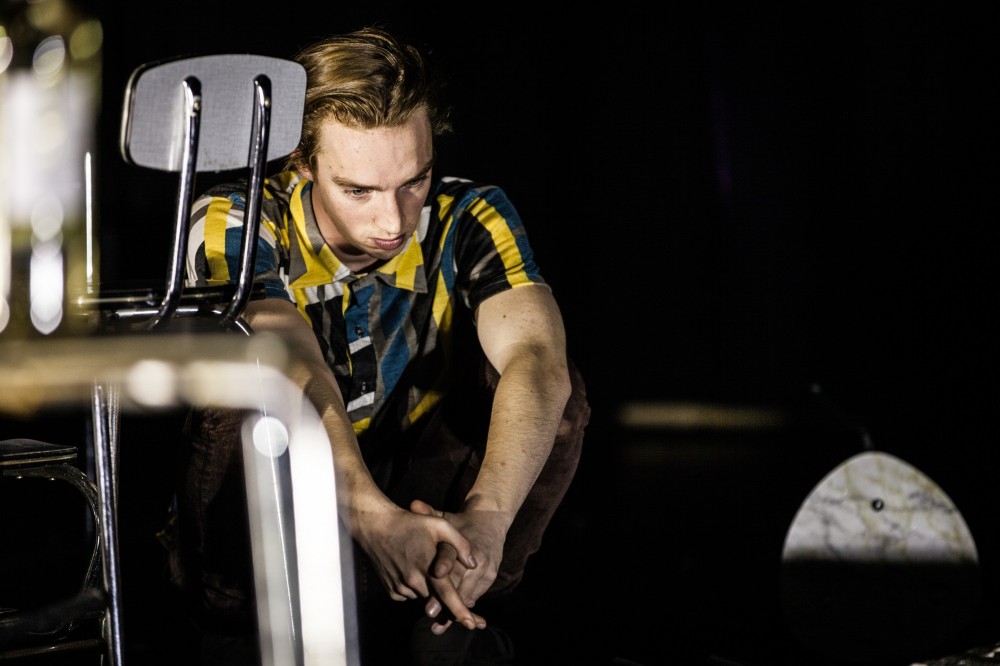 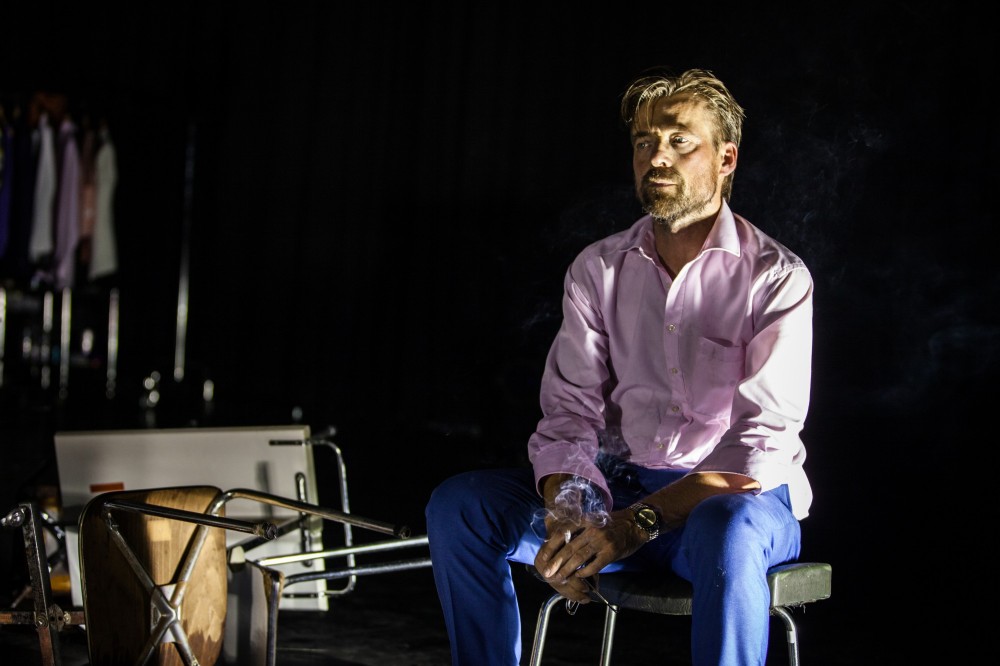 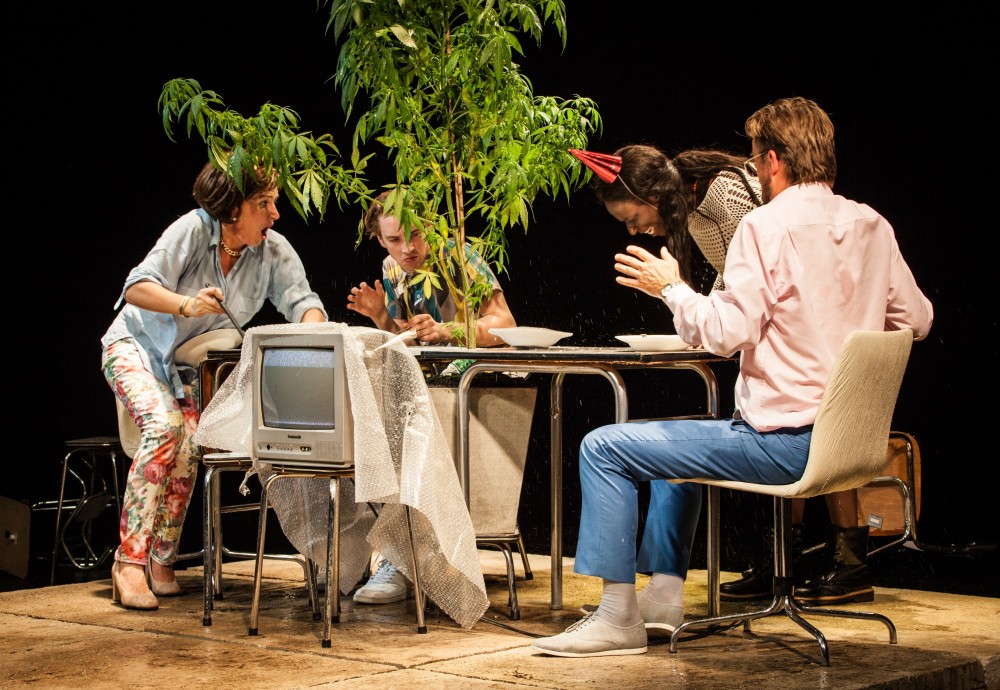 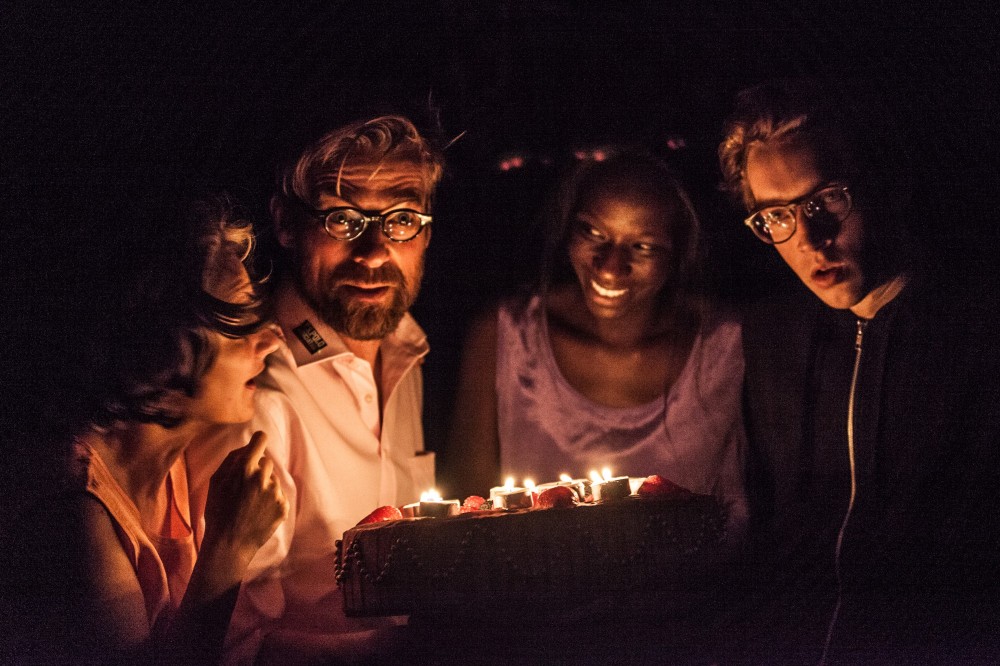 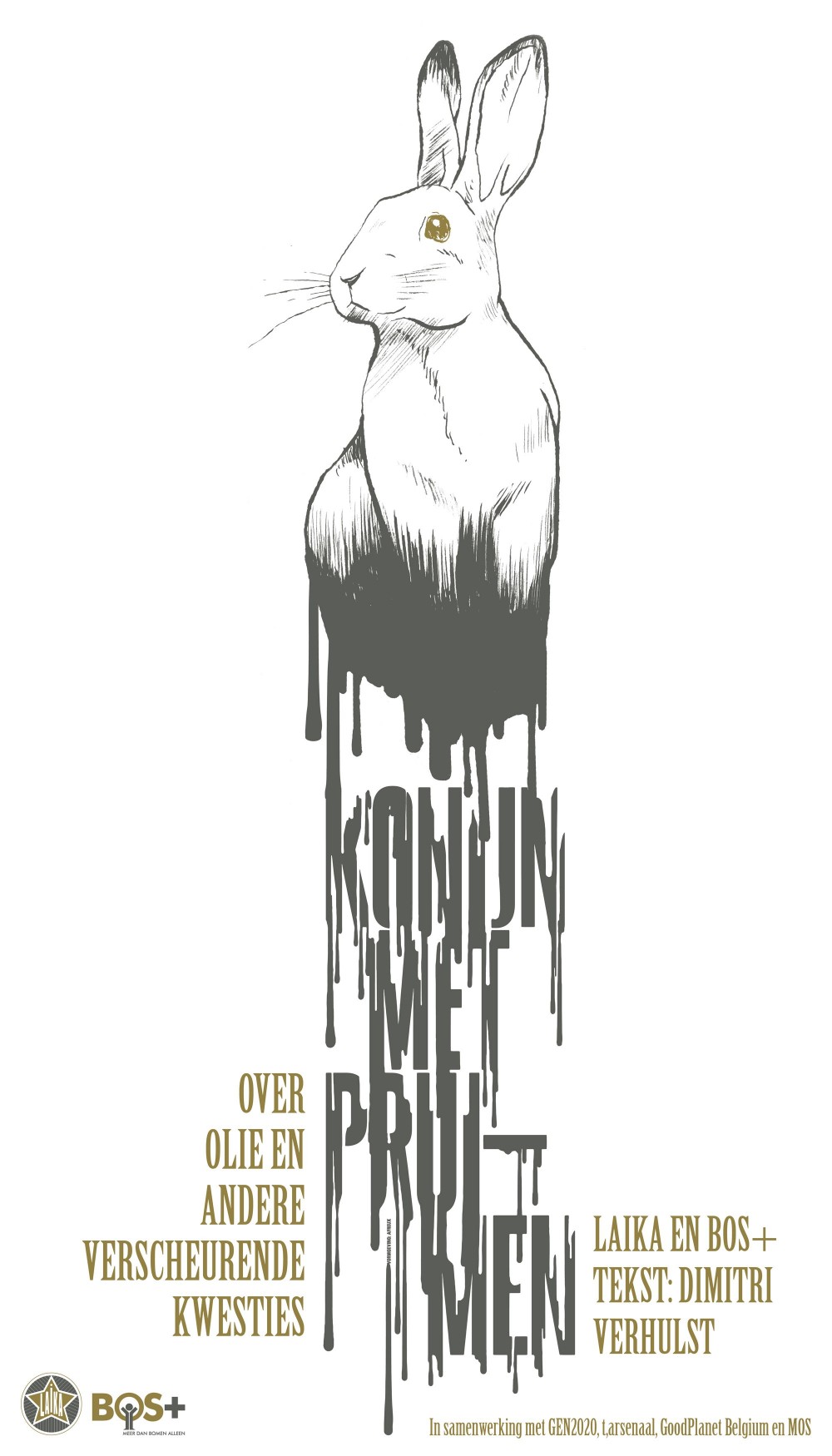