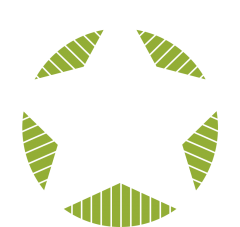 Pushkitchen
Small beer on the Square of the Senses 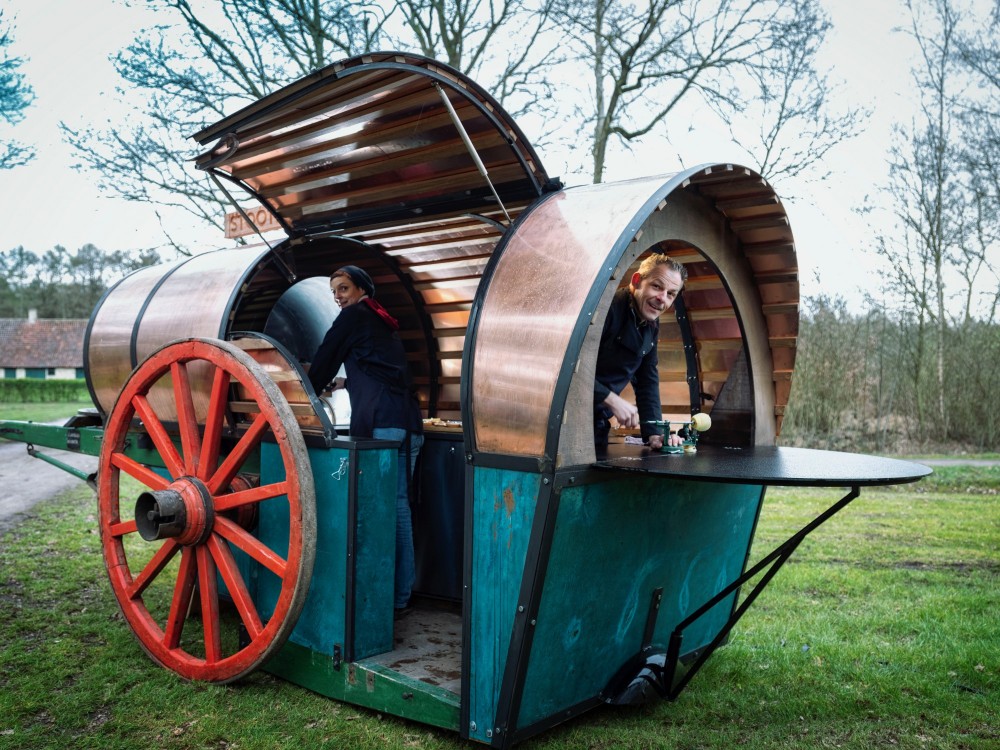 Laika serves up two dishes from a pushcart transformed into a mobile kitchen: Paradise Waffle and Small Beer, created by Laika with ingredients that were common in everyday 16th-century cooking. During the theatre show Bravo! mister Bruegel, cake and beer are distributed to the public straight from the Pushkitchen. Outside performance hours, visitors who fancy a taste can go to the Pushkitchen (Stootkeuken), where Laika will also give them background information on both the ingredients and 16th-century everyday cooking.

Maslin - maslin confectionaries tasted slightly sour. Wheat flour was expensive in those days but a mixture of the two grains made people’s daily bread and festive confectionaries light and delicious.

Camelina - also called false flax or linseed dodder. Grew amongst the wheat and rye. Camelina has a slight cabbage flavour. It was considered inferior in the 16th century, but today it is becoming more and more of a gastronomic delicacy.

Panela or Muscovado Sugar - the taste of panela strongly resembles that of raw sugar, which was shipped from the sugar plantations to the port of Antwerp from the early 16th century onwards. In Bruegel’s day sugar was a luxury item, used sparingly and only to mark festive occasions.

Grains of paradise - another name for this spice is Melegueta pepper or alligator pepper. The grain is the seed of a swamp plant and has a fruity, peppery taste. The name refers to Earthly Paradise, which - people thought - lay on Africa’s West Coast, just beyond where this grain was found.

Apples - Were often used in 16th-century cooking. To preserve the various apple varieties until spring they were stored in pits or in cellars and attics.

Mastel - Before the Paradise Waffle is pressed into the piping hot grilling iron, it looks like a mastel, a centuries-old confectionary eaten during festivities and a number of rituals. Its round shape is said to refer to the cycle of the seasons. Gent had its very own ironed mastels, on which this Paradise Waffle is inspired. The waffle motif refers to the many waffles in Bruegel’s The Battle between Carnival and Lent.

Kleyn Bier, as it was called in the 16th century, is a very light, hoppy beer that was drunk by young and old on a daily basis. Our Kleyn Bier is a present-day version of it and contains hop syrup. In Bruegel’s day, hops indeed grew profusely in these parts. Watered down with the fermented, organic cereal drink Nagra, it yields a slightly fizzy drink with a crisp, bittersweet taste. 100% alcohol free and perfect for quenching your thirst!


During the Expo The World of Bruegel at the Bokrijk Open-Air Museum, you can visit Laika’s Pushkitchen at the Square of the Senses from April 6th to October 20th on Sundays, public holidays and at performance times of Bravo! mister Bruegel. 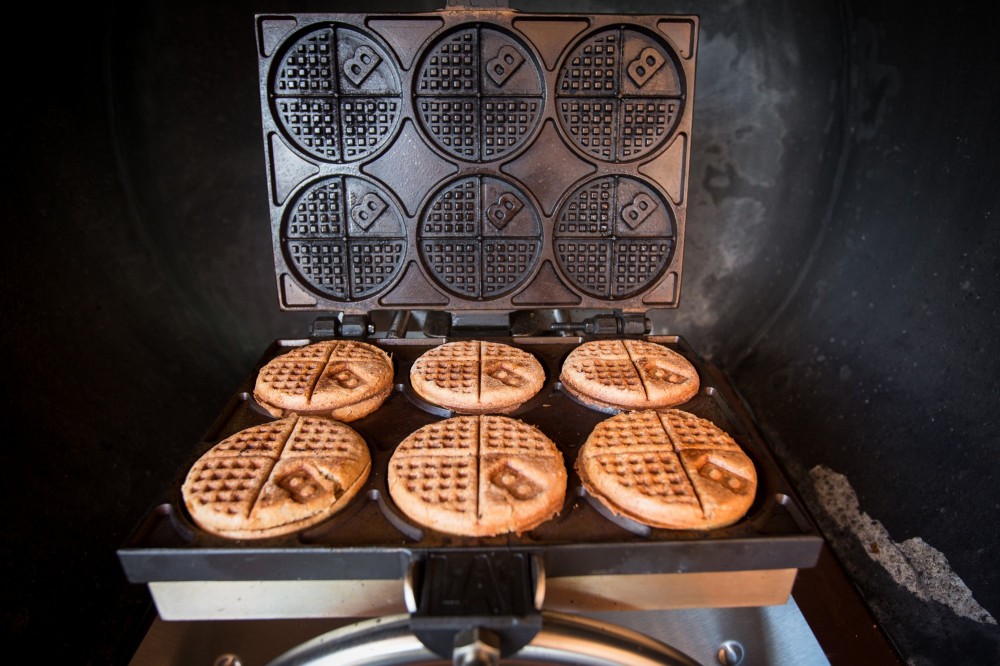 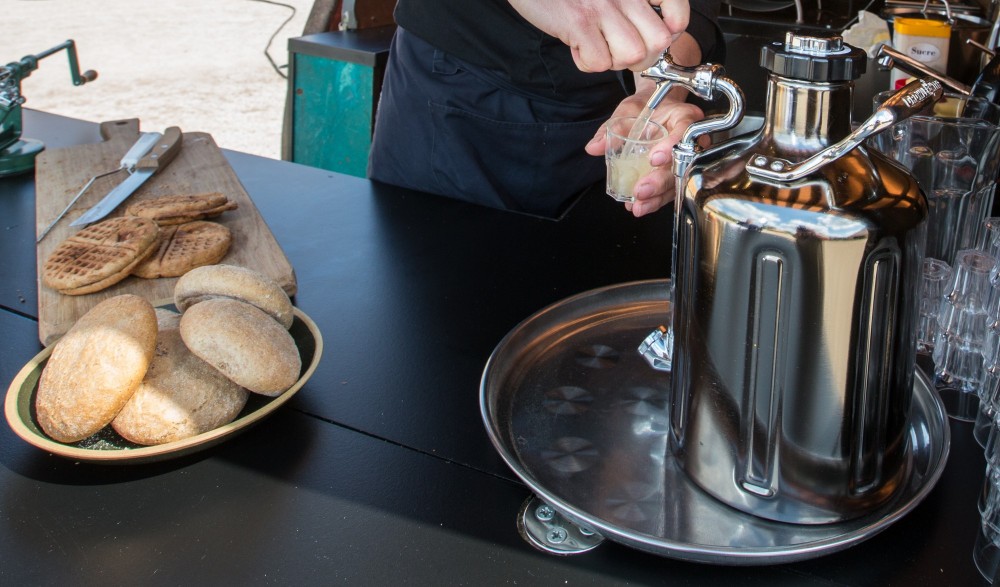