On the road6+
A dancing search for home 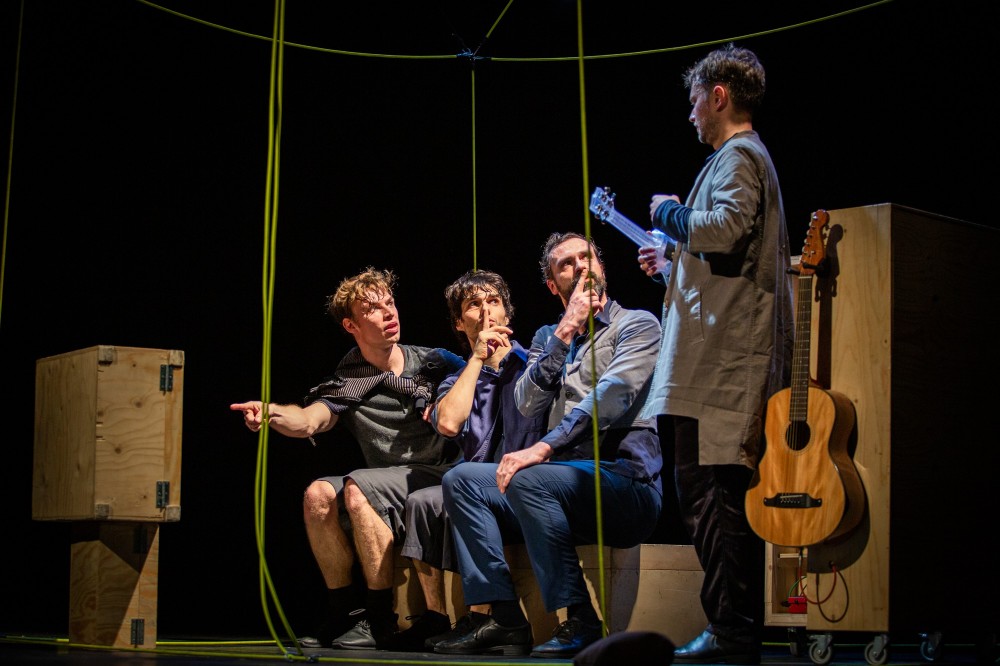 Some people feel at home wherever they are. Others spend their whole life looking, wandering hither and thither, longing for a place to put down roots and eventually come home to. But what exactly is home?

On the road (De passant) is visual, dancing and energetic theatre. A show as as score consisting of individual notes, which gradually harmonize with each other and in the end become music. After Über-Ich, which was awarded the 2015 Mu-ze-um prize by the Theater Aan Zee youth jury, director Michai Geyzen sets to work again with the same actors, because together they make a fantastic team.

"Without words but with physical playfulness and endearingly bewildered faces, they convey the fear of the unknown in the most impressive manner. Poignant and funny! Director Michai Geyzen has produced a fine example of visual theatre. On the road is another of those Laika productions which can tour the world over the next few years." – Tuur Devens in De Bond 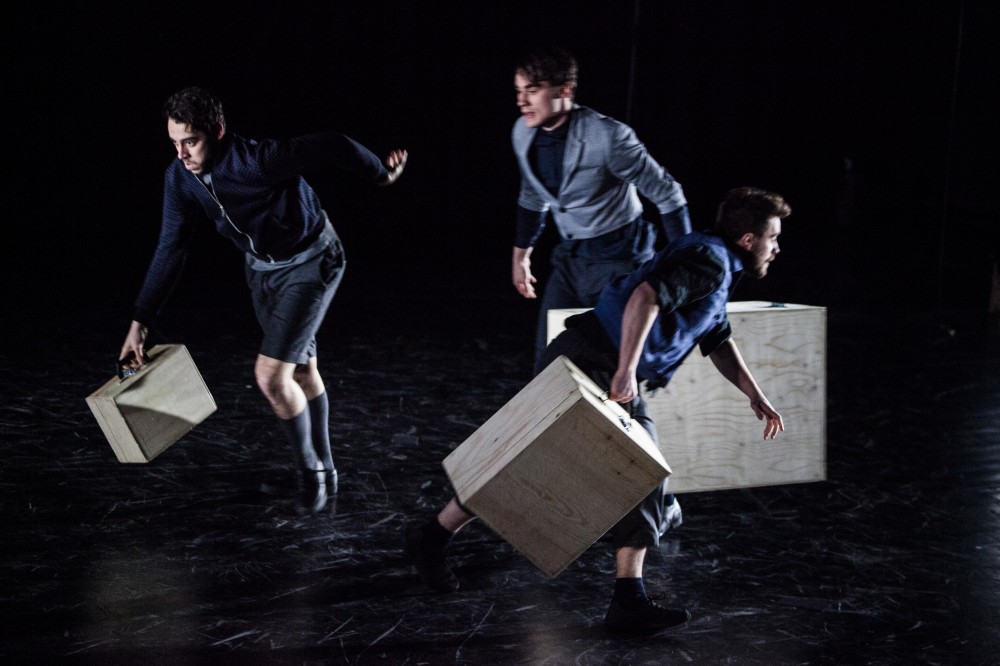 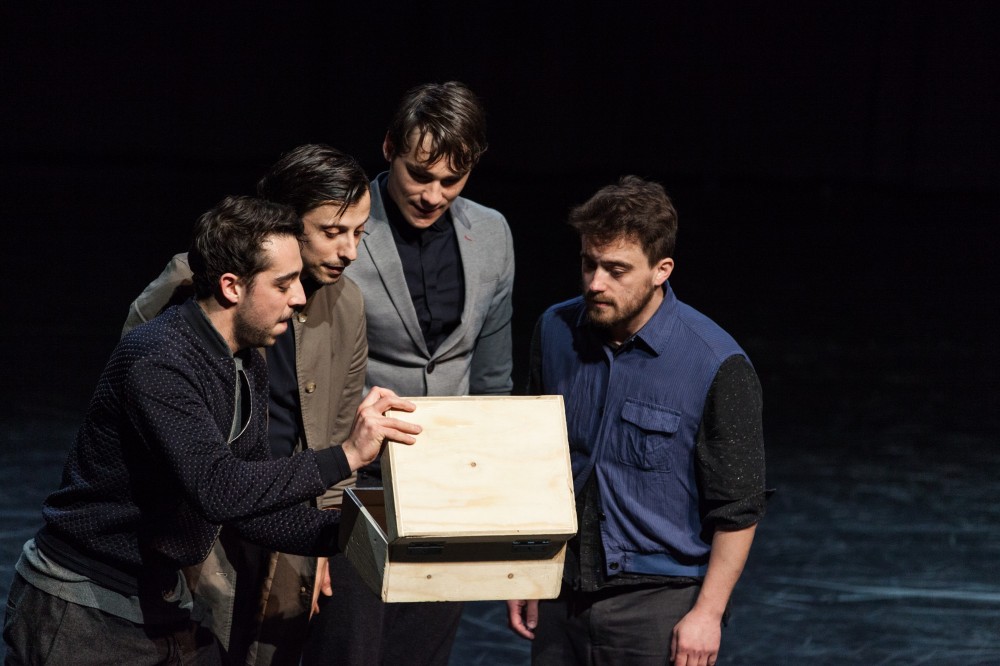 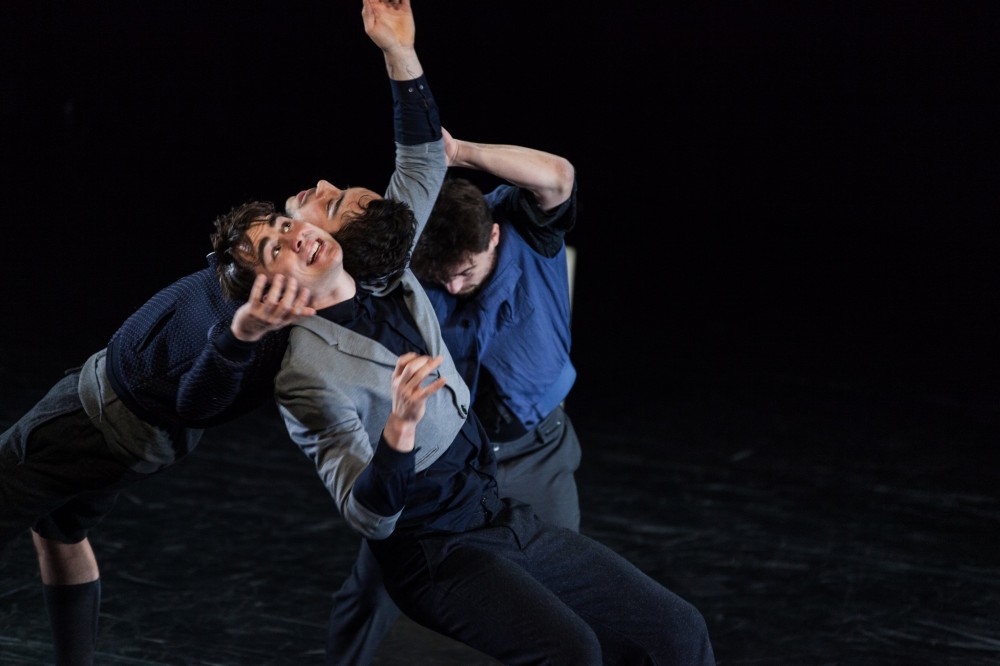 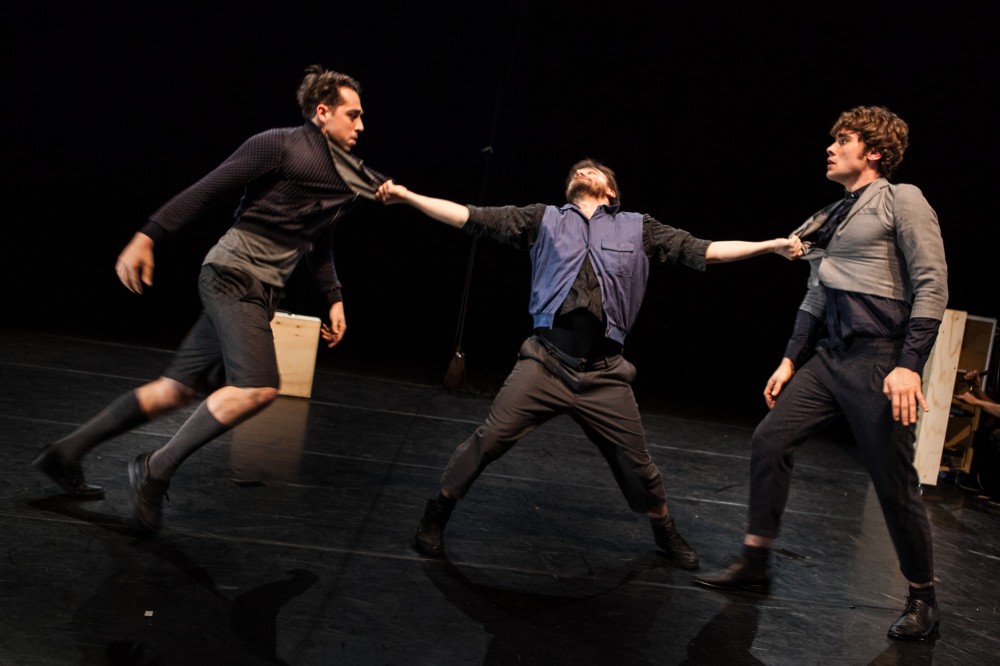 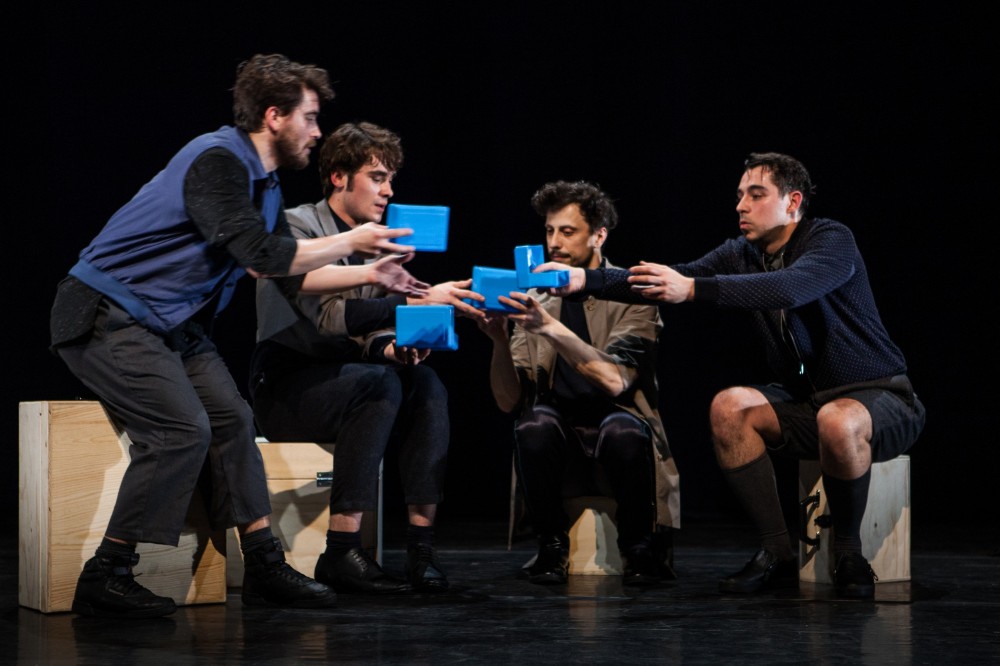 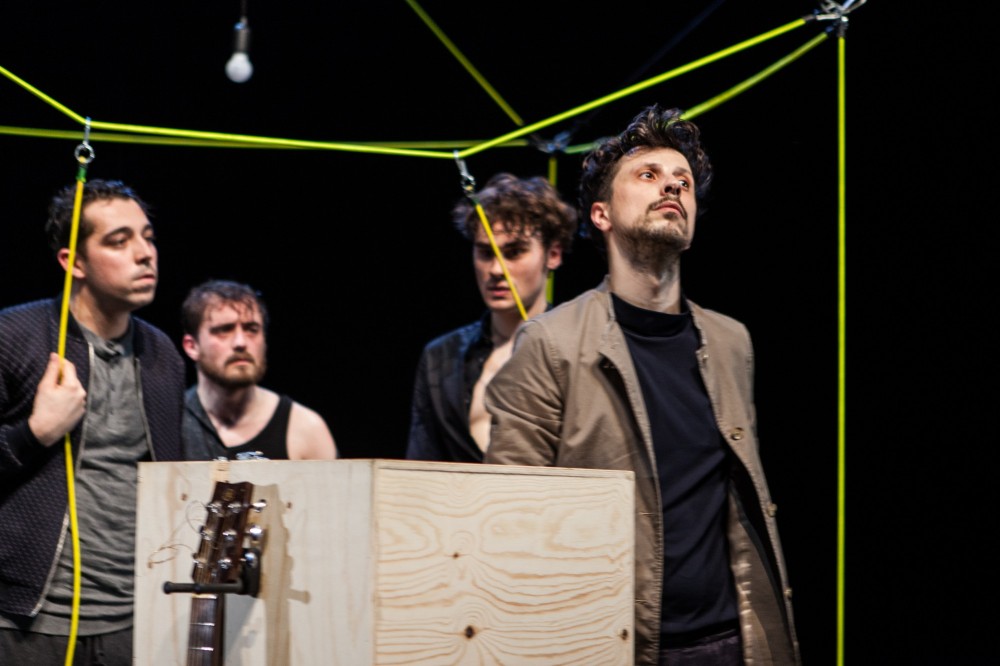 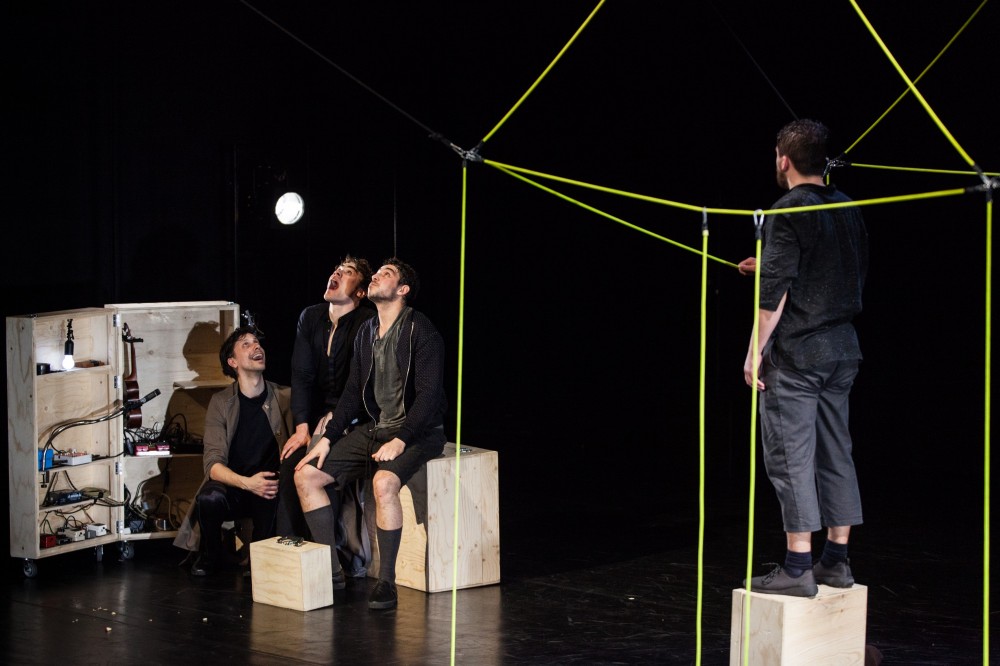 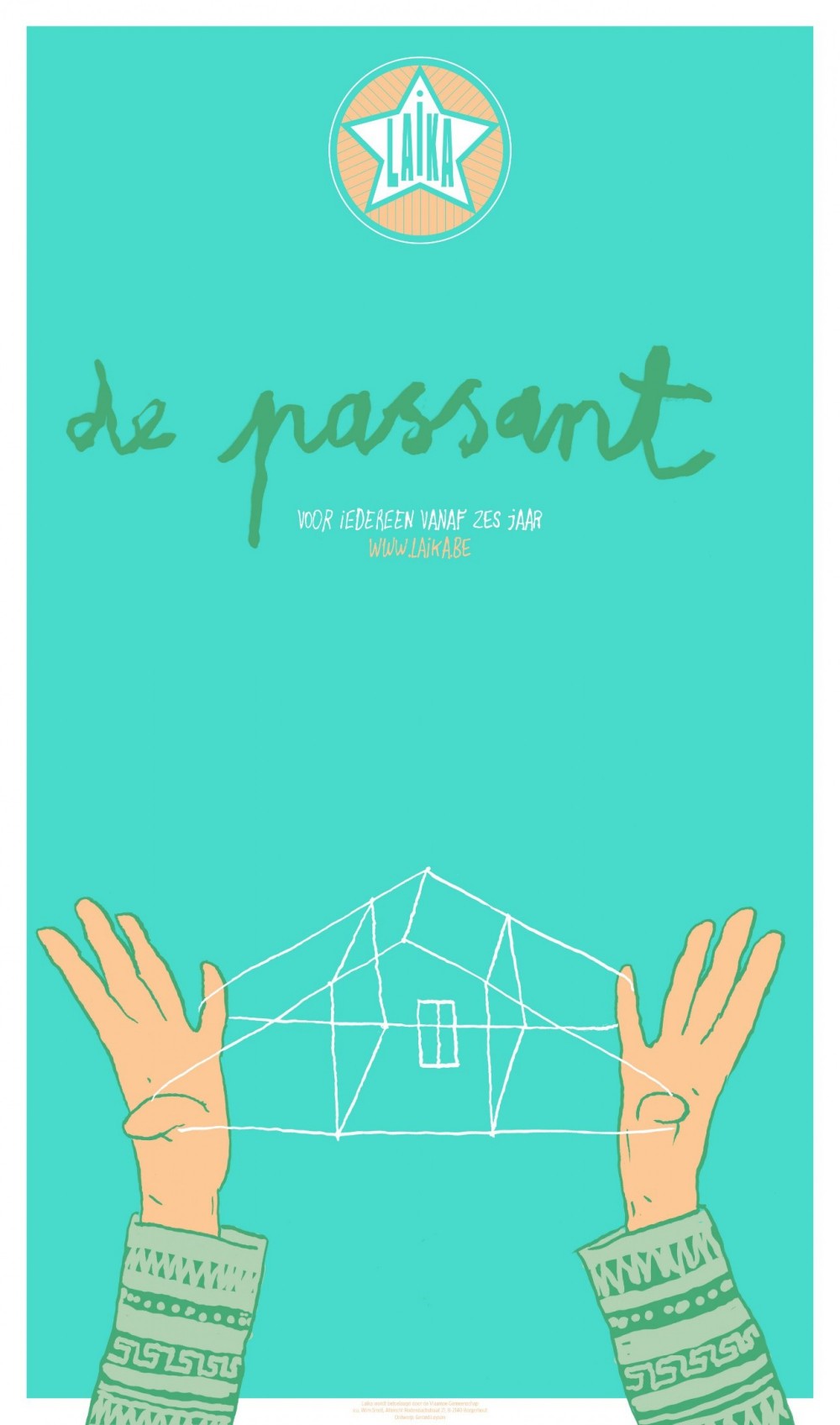