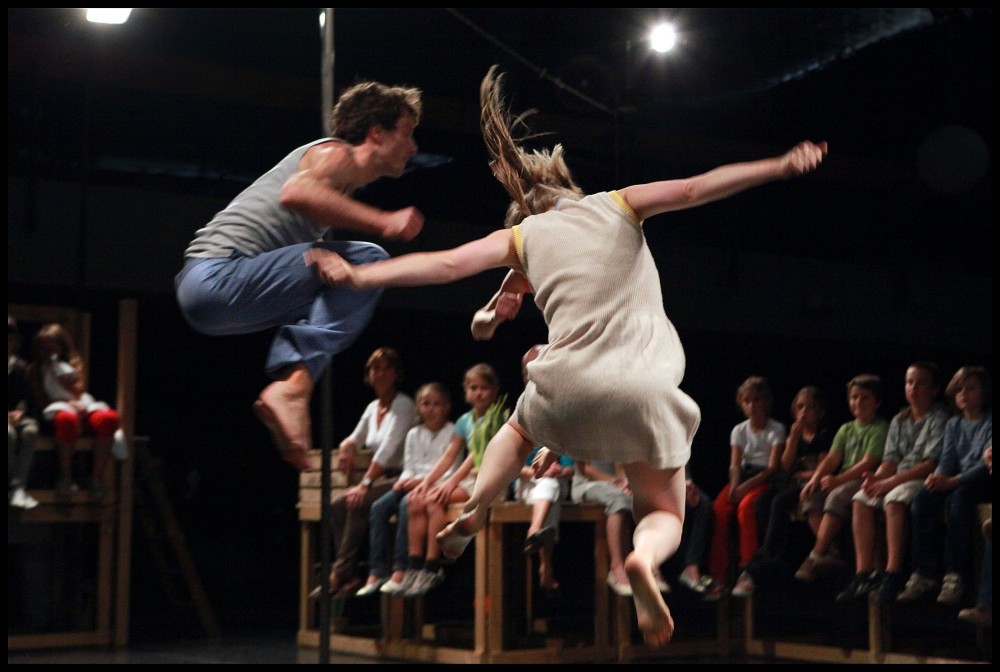 Now (Nu) is about the game between different generations. How does a child relate to its parents and later on, when it is older, to its own child?

In Now two male and two female dancers dance duets as father and son, husband and wife or brother and sister. Sometimes an intense ritual develops, and then a spoilsport comes along... Now is intimate and peaceful, explosive and confrontational.

For Inti (Anabel Schellekens and Thomas Devens) the interaction between space, movement and spectator is very important. The movement determines the space, the space gives meaning to the movement. The spectator is drawn into the performance as much as possible. In the living-room production Vous permettez?(2006), where public and dancers shared the same small space, that contact was so intimate that the dancers were almost in the spectators' laps! In Now Inti sets out to address a young audience very directly about a theme that becomes recognizable through movement and dance.

Laika has mounted several dance projects in recent years. In the various editions of Hotel Ideal Bert Van Gorp, Anabel Schellekens, Magda Thielemans and Thomas Devens danced in shop-windows and shop interiors. And in 2004 Ugo Dehaes and Kwaad Bloed created a dance performance entitled Rozenblad for children aged 4 and over. Anabel Schellekens advised the company on movement for its productions Believe me! and Me Gusta.

"People and things come and go. Change, come back and disappear again."
How did you like Now? Leave us your comments!
Comments  |  Leave a comment 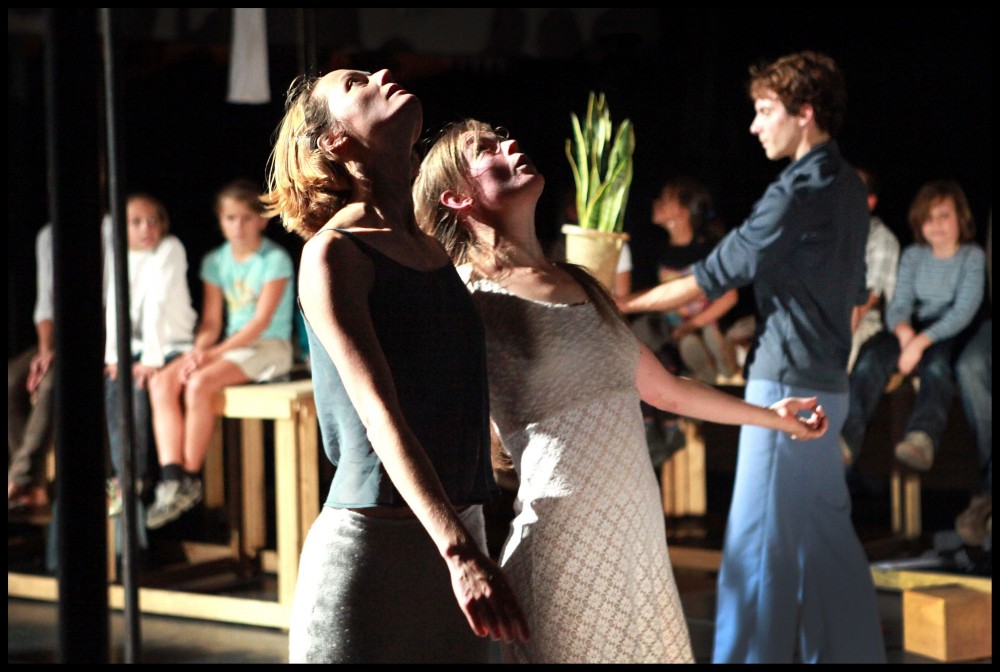 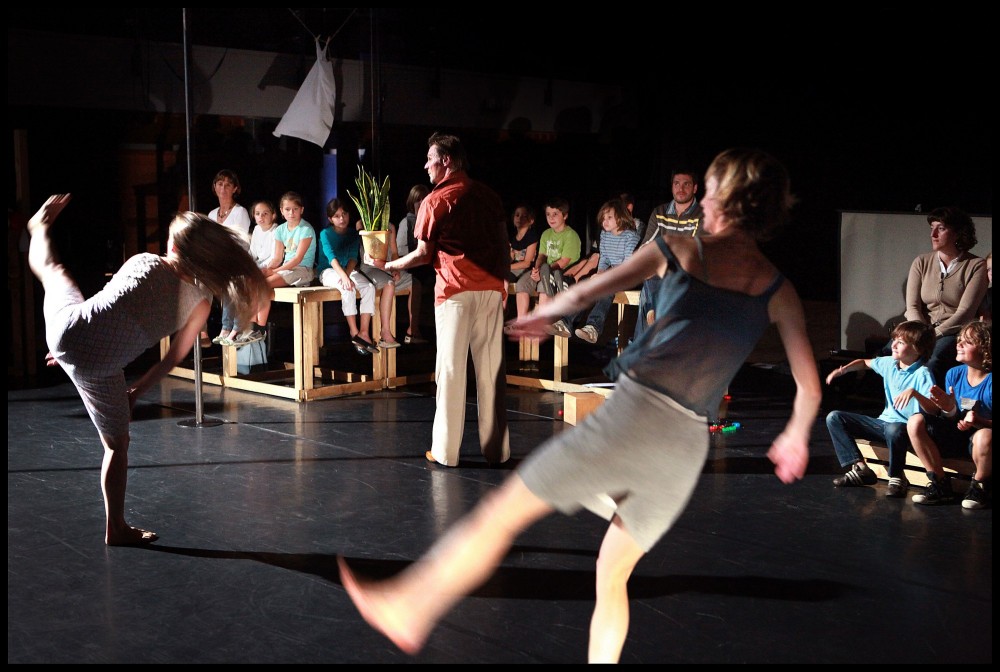 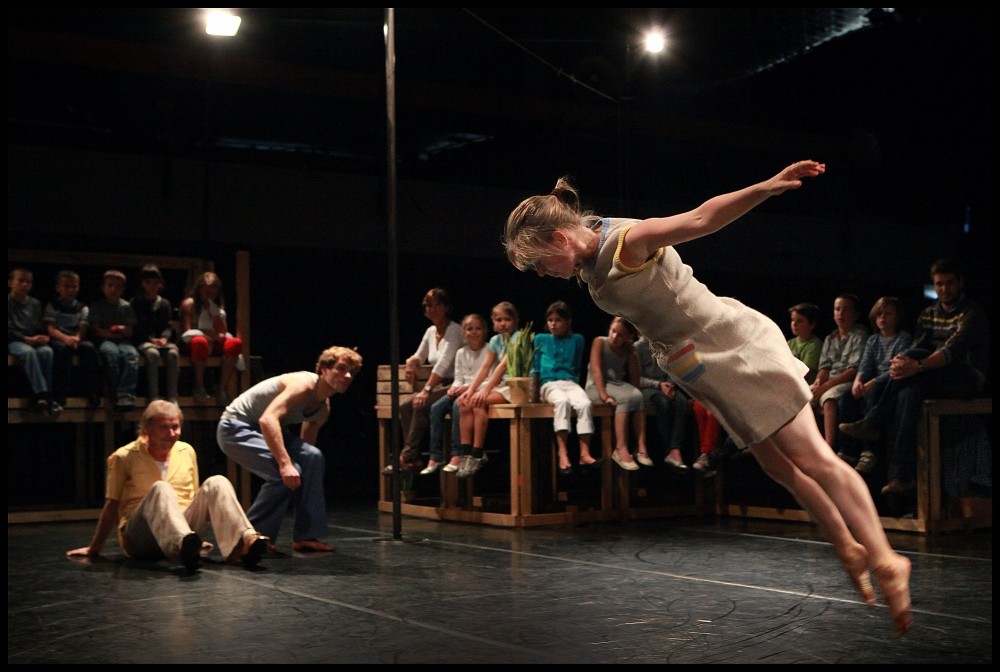 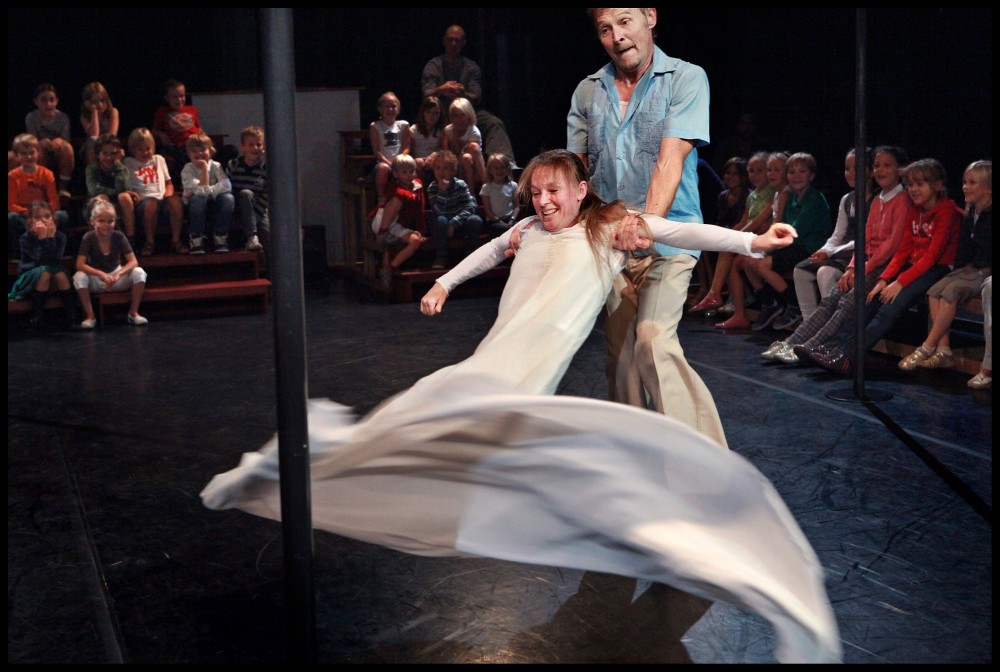 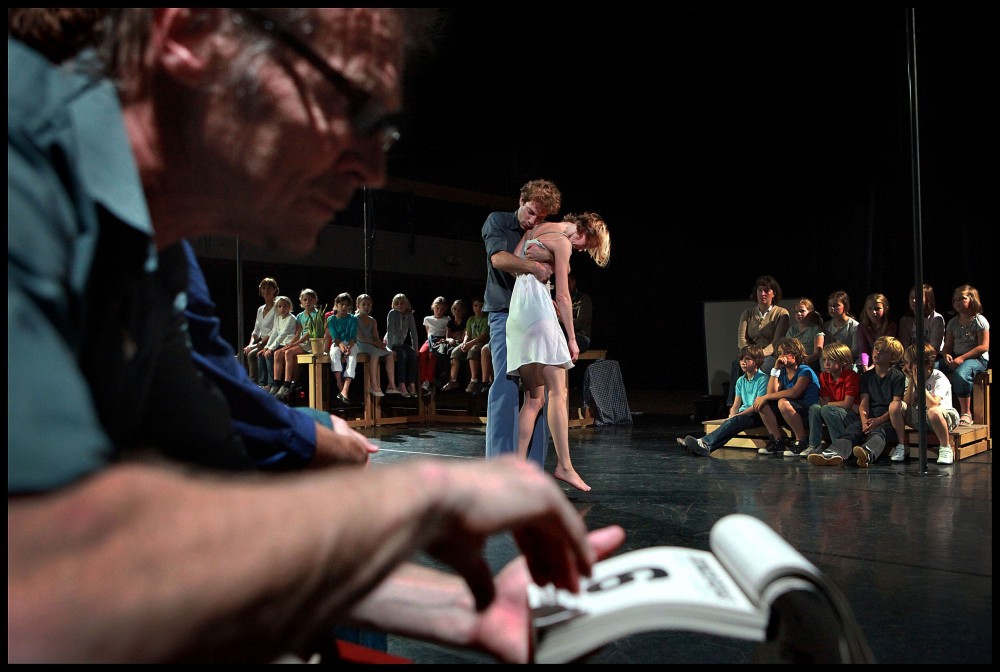 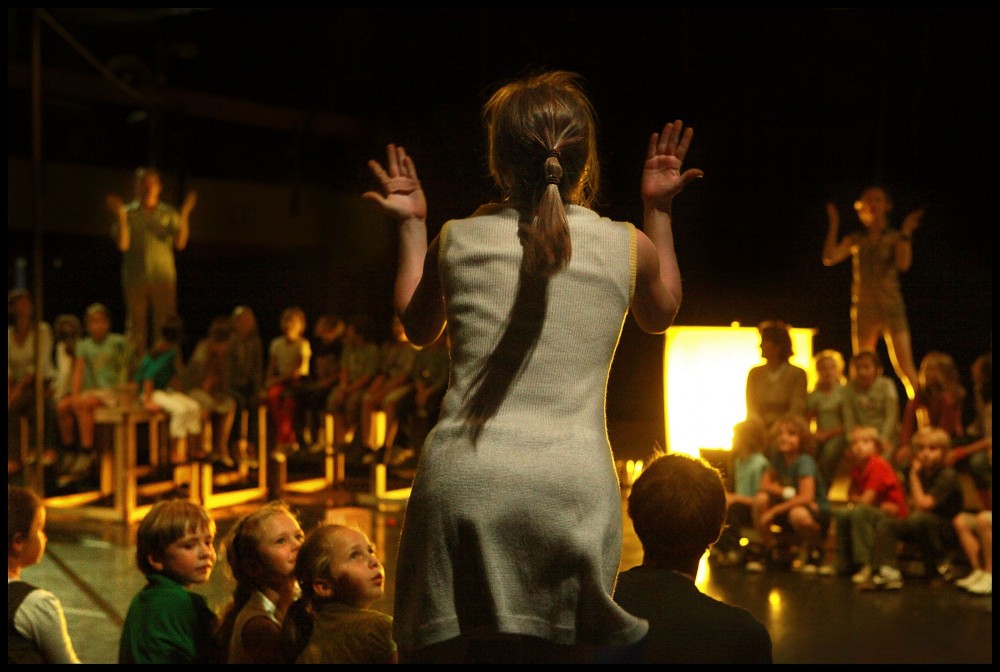 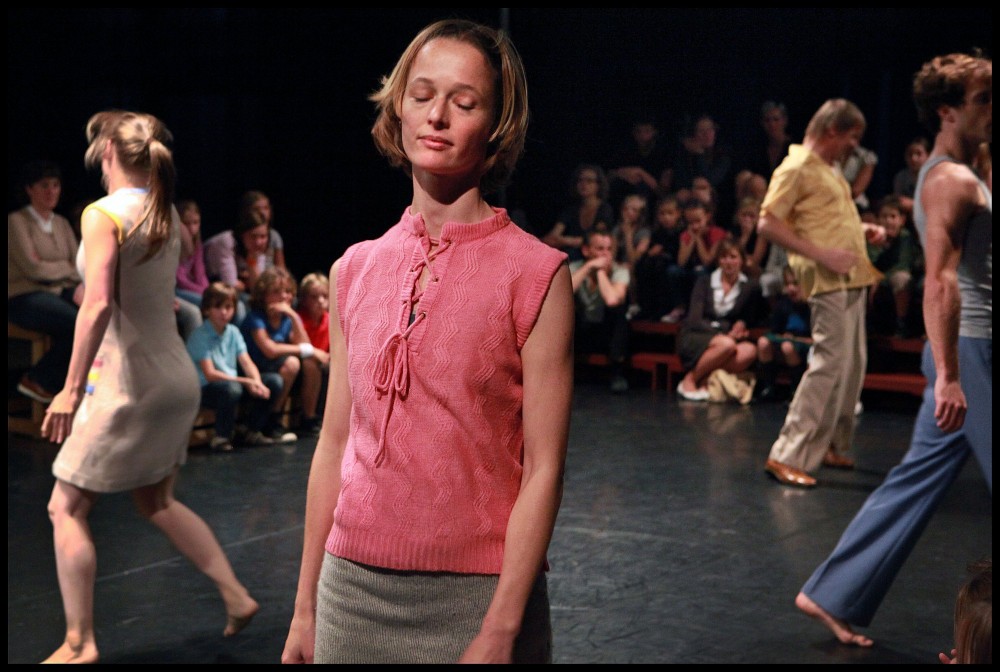 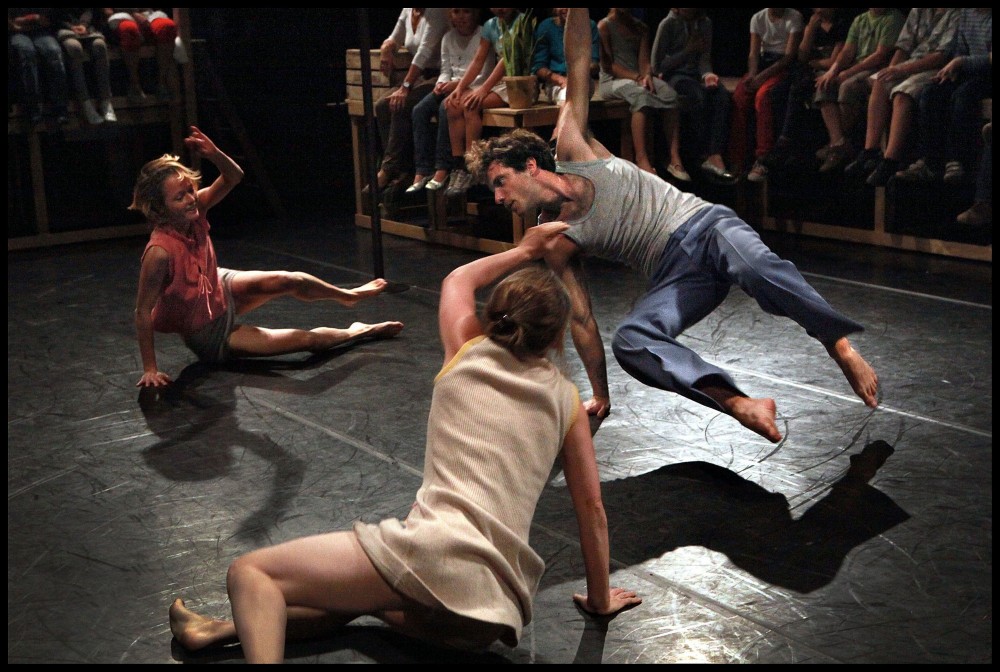 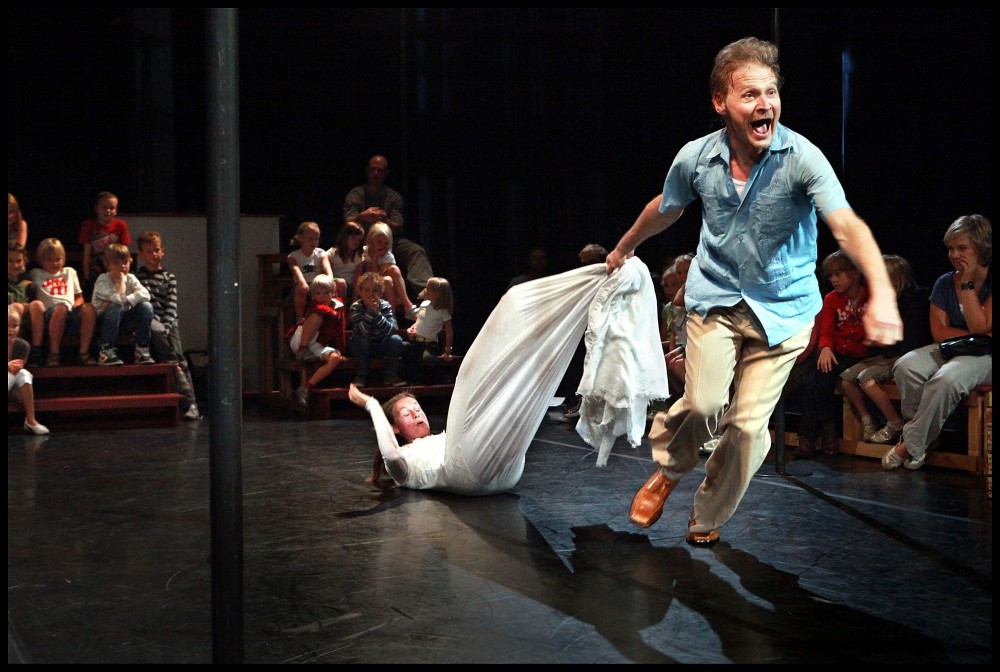 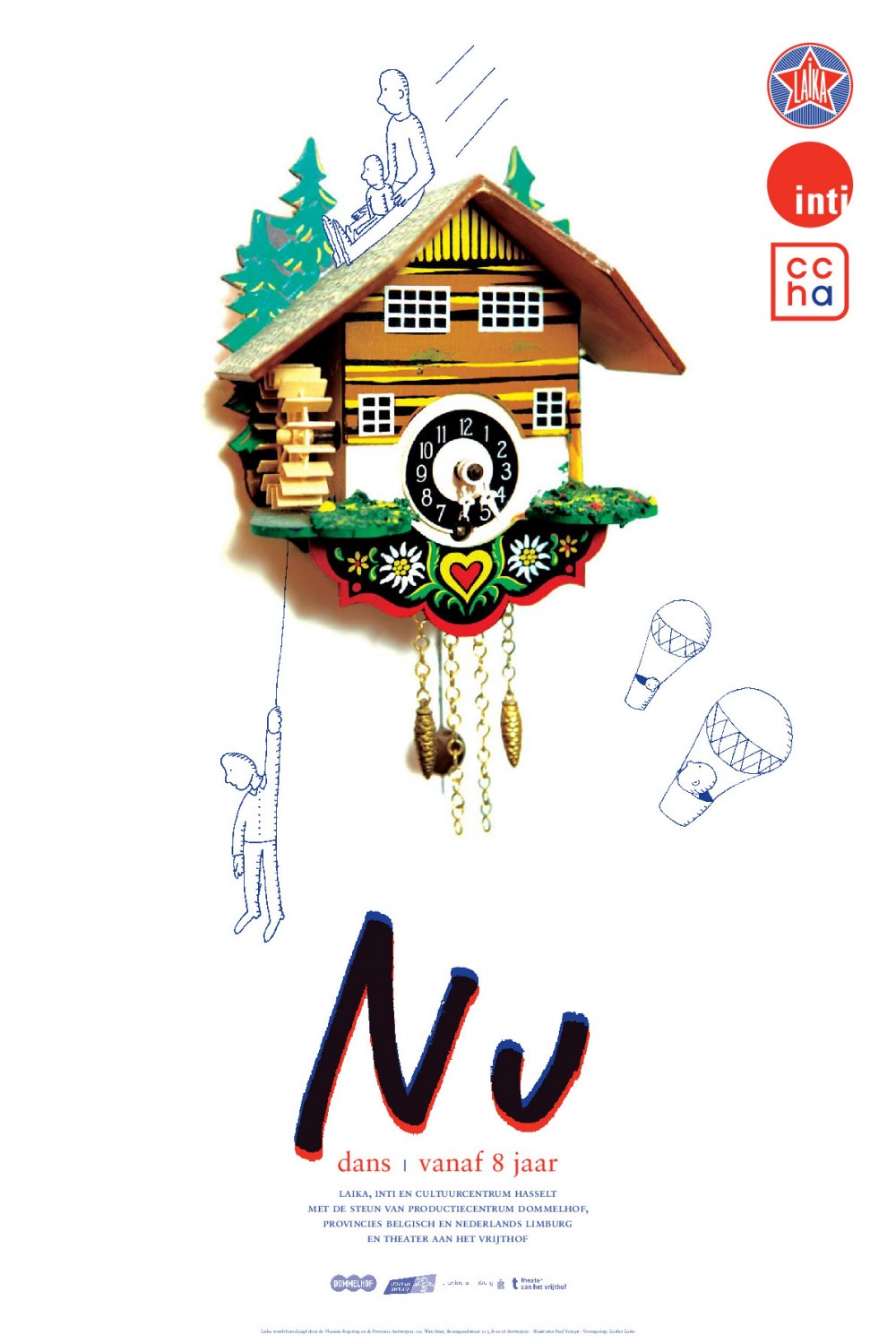