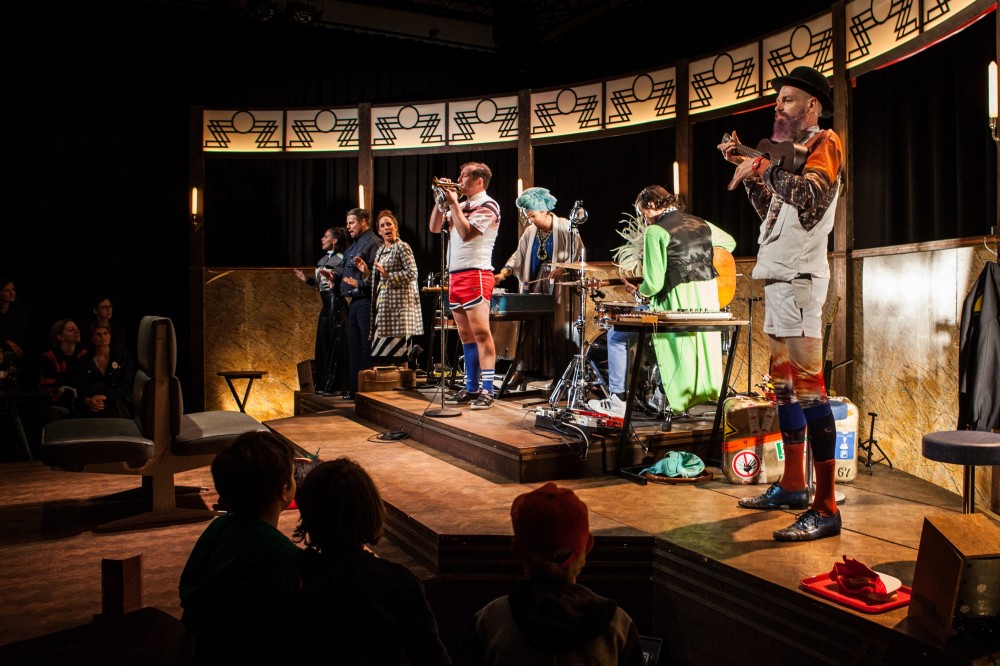 Nono is almost thirteen. He is looking forward to his bar mitzvah because from then on the world will see him as a young adult. To celebrate this watershed event, his father is giving him a surprise trip. But the trip gets out of hand when he commits a series of crimes with master crook Felix and the police come after them. In–between all the adventures Nono discovers the true story about his late mother, who he has never known.

On the cusp between ‘childhood’ and ‘adulthood’, Nono roots around in his short past and in his father’s unaddressed emotions. His desire to uncover the truth is a plea for love and understanding. Laika and het nieuwstedelijk put their backs into this musical coming- of-age story.

“Wow, that’s brilliant”, I hear a boy aged about 12 say when, to his amazement, he finds himself not in a theatre but in a festive hall. The show is intended for him and his peers, but adults also derive recognizable and relativizing pleasure from the imaginary journey taken by Nono, a ‘zigzag kid’, a boy who might be described as ‘having a screw loose’.” www.theaterkrant.nl – February 5th 2016

“The Zigzag Kid exploits the colourful design, the humour in the play and the unashamed craving for emotion that is typical of Laika creations. But this play also derives much of its strength from the ingenious way in which the music is woven into the story. Once again Het nieuwstedelijk proved to be a dab hand at this.” Knack Focus – February 8th 2016

"I’m not a little kid any more. I’ve already been there. He shmueled me up. / Shmueled?"
How did you like The Zigzag Kid ? Leave us your comments!
Comments  |  Leave a comment 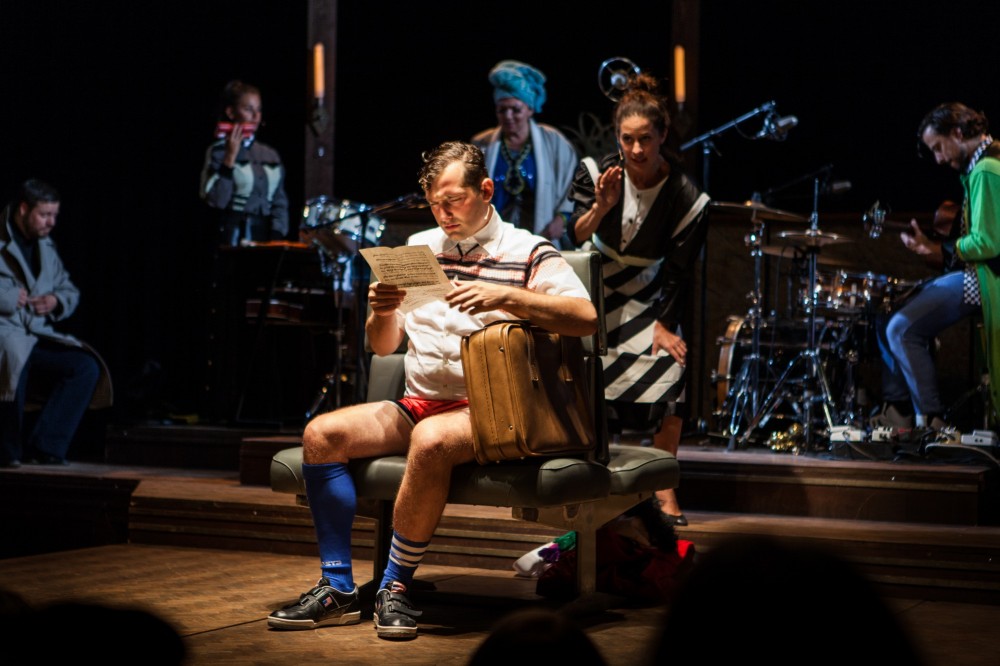 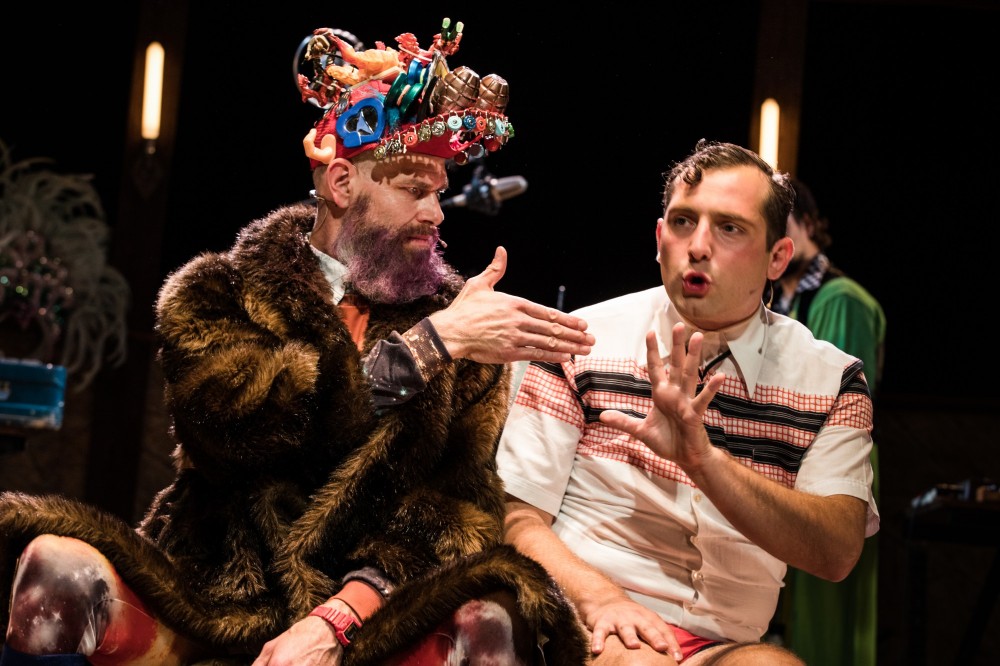 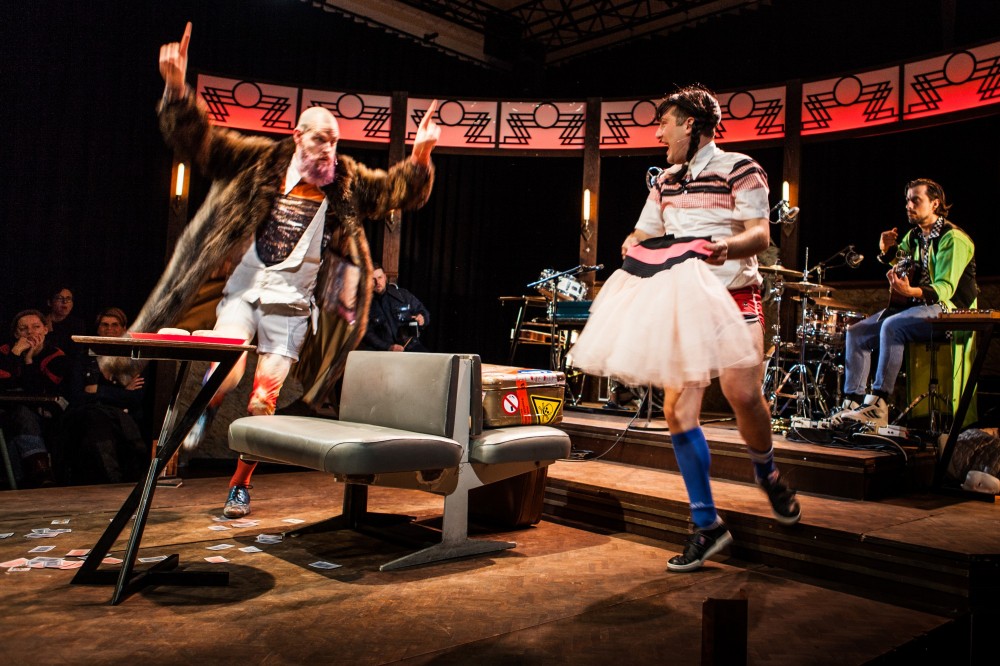 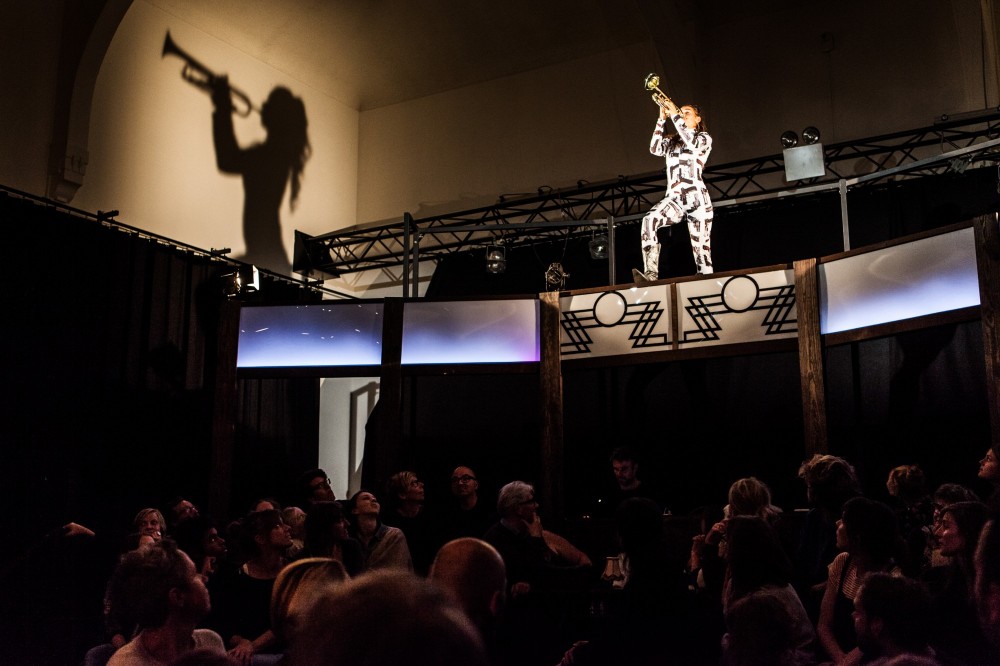 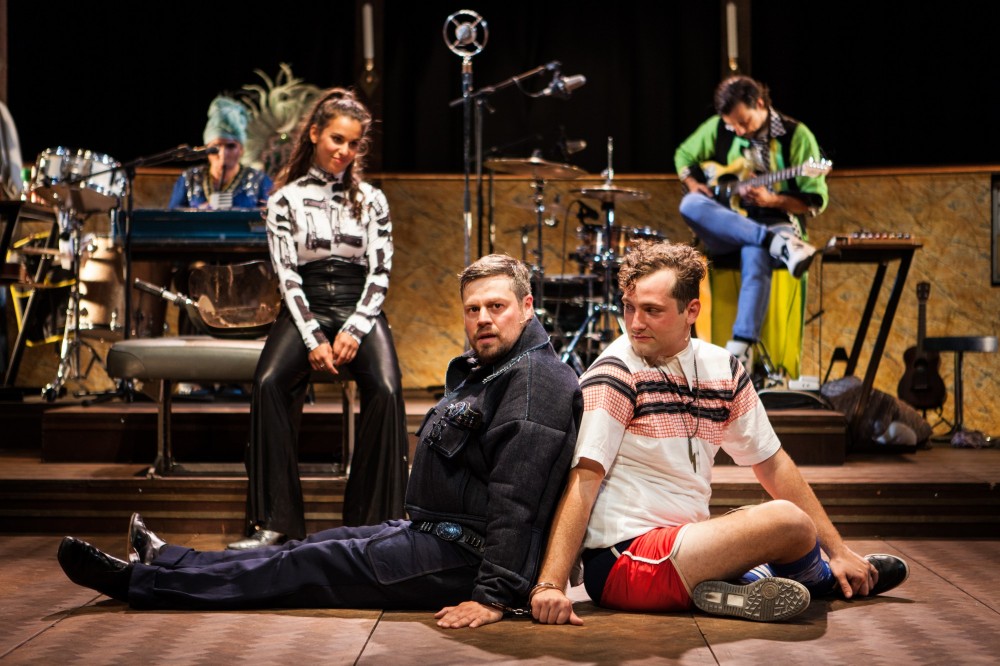 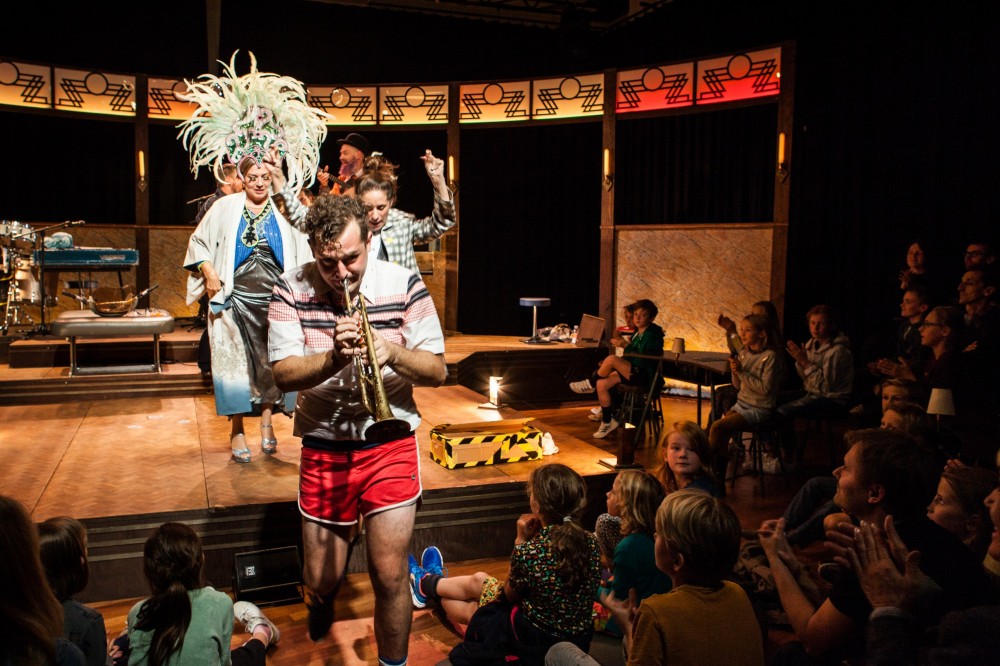