STUCK6+
Spying on the neighbours 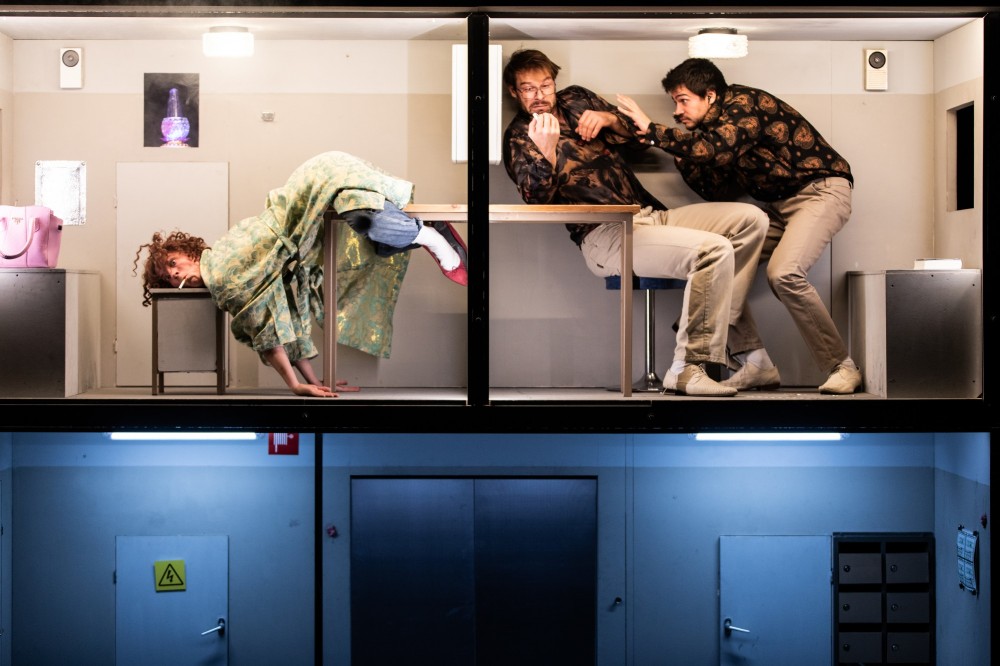 Imagine!
You can look right through the wall of a block of flats.
You can spy on the occupants.
You see how they live.
Next to each other, separated only by thin walls.
And with each other, because the walls have ears. And eyes. And maybe a nose too.
Each occupant has his own little ways and rituals.
Each flat has its limitations and inconveniences – too narrow, too low, lopsided.
And then something happens. Something that turns normality upside down.
Something that prompts the occupants to take action and cooperate.
All the doors open.

STUCK shows us a cross-section of a mini-society. Like NARROW, created by the same makers under the auspices of Laika, this is a wordless show. Sound and image conjure up a whole world. Every space has its own sound, as does every occupant. Sounds of chinking crockery mingle with gurgling coffee machines, hungry pets, leaking taps and creaking hinges, which together form a symphony. Or is it a cacophony?

STUCK is a tragicomic show for young and old, which takes a compassionate look at mankind – with a nod to George Perec’s novel ‘Life: A User’s Manual’. 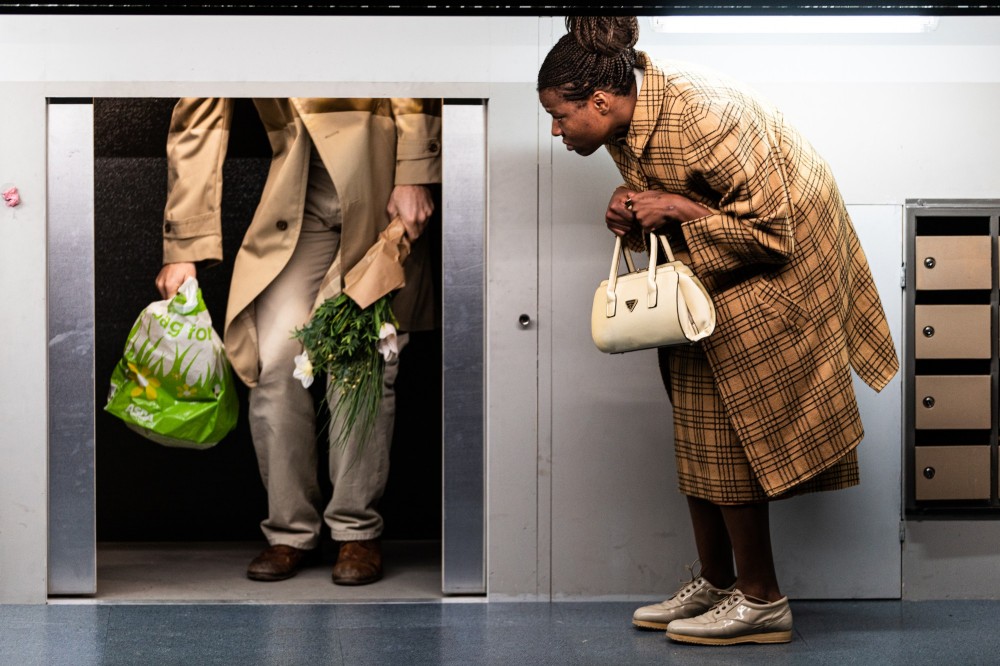 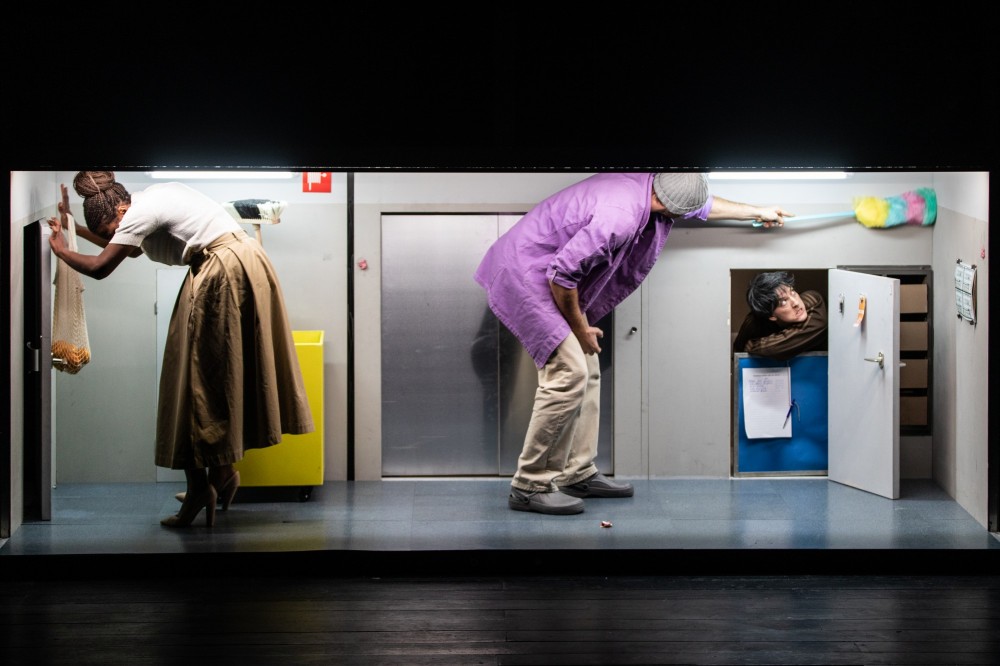 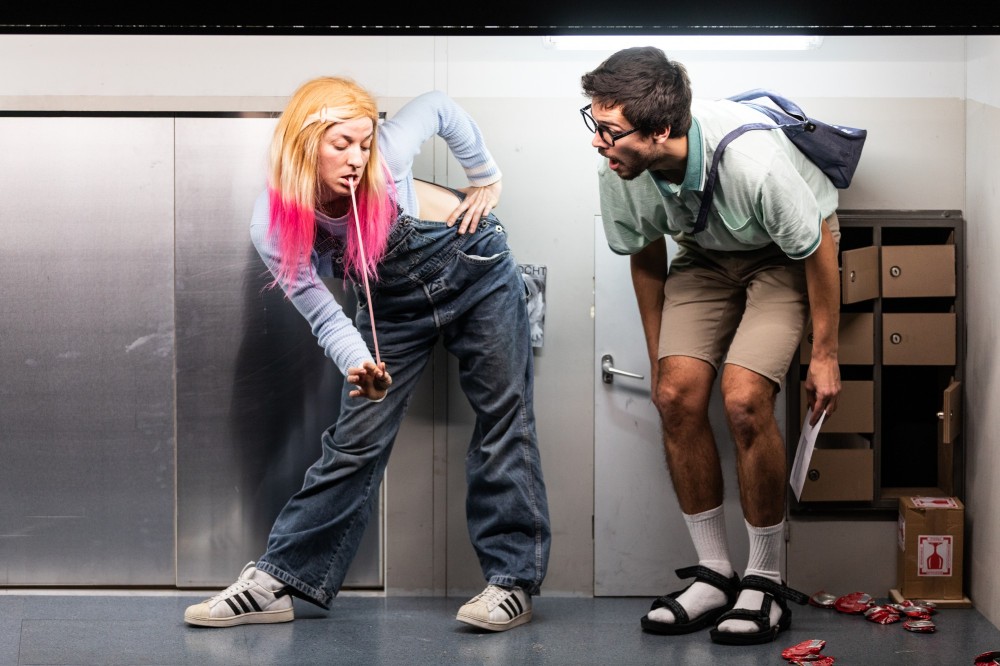 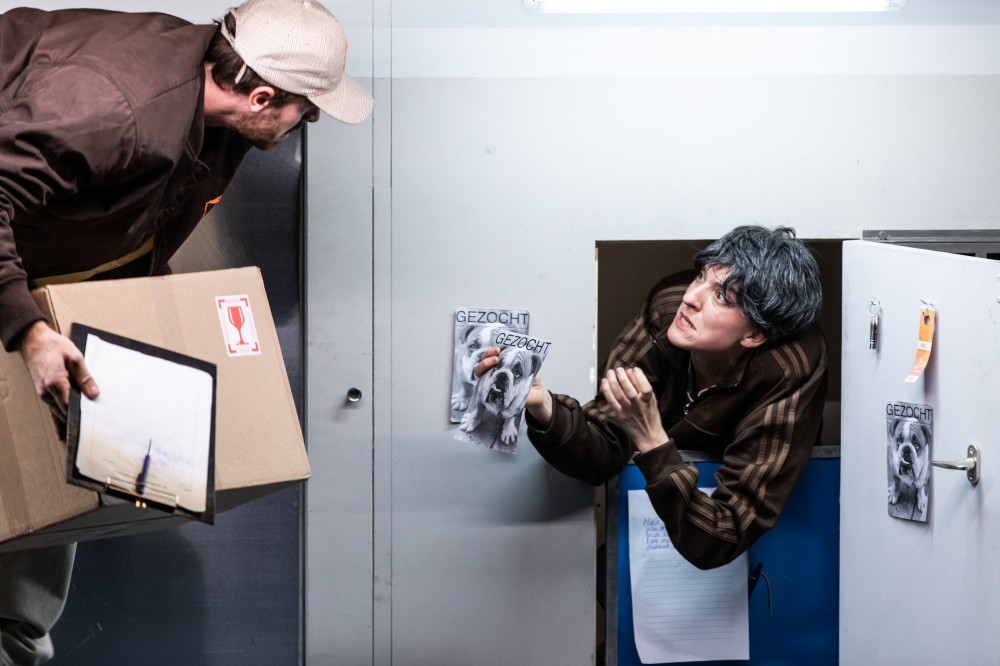 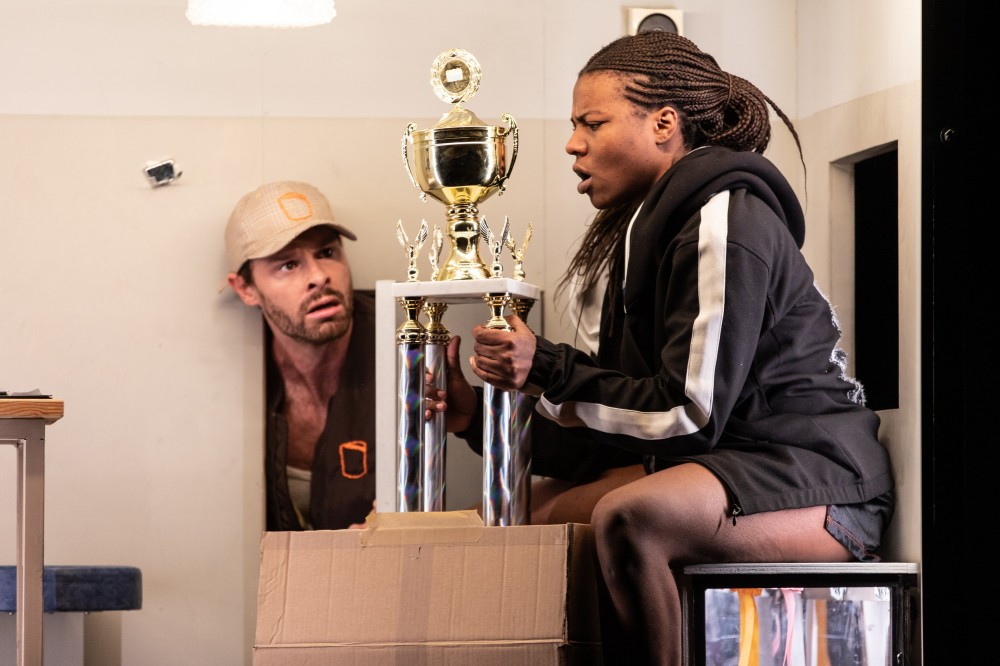 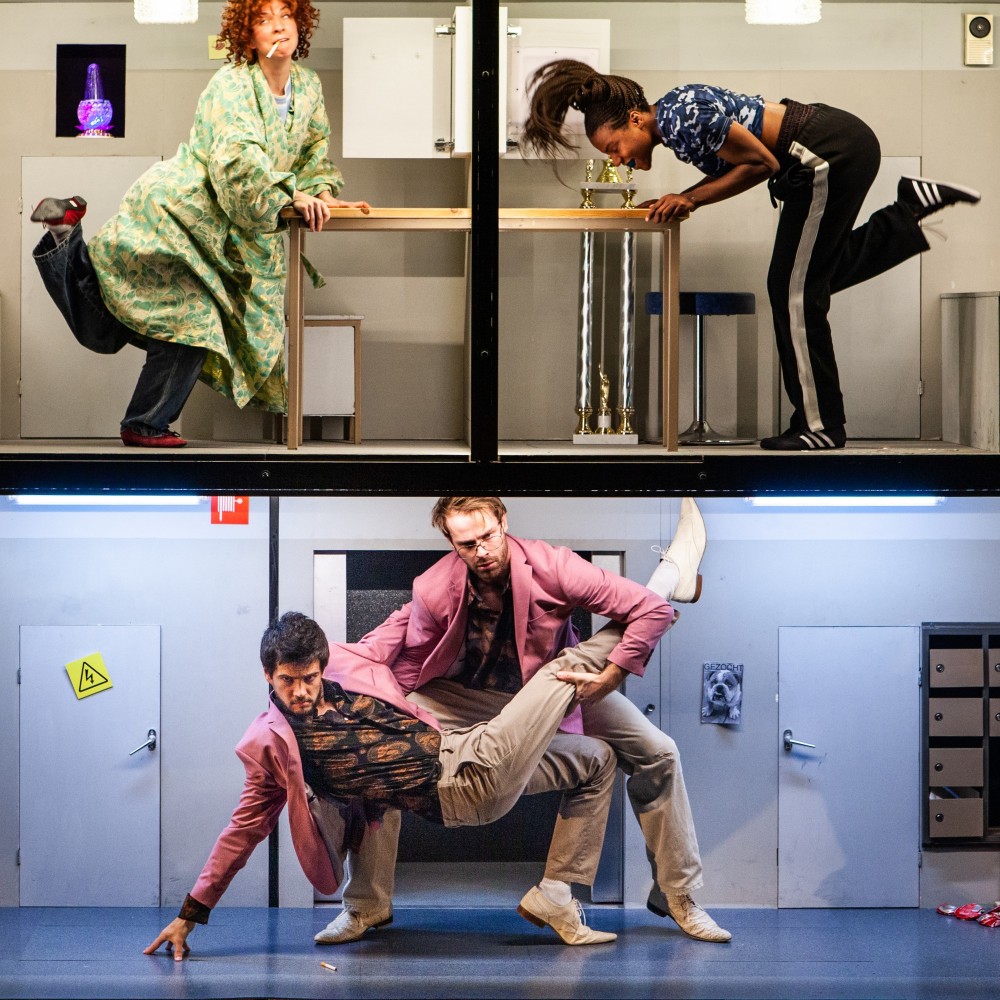 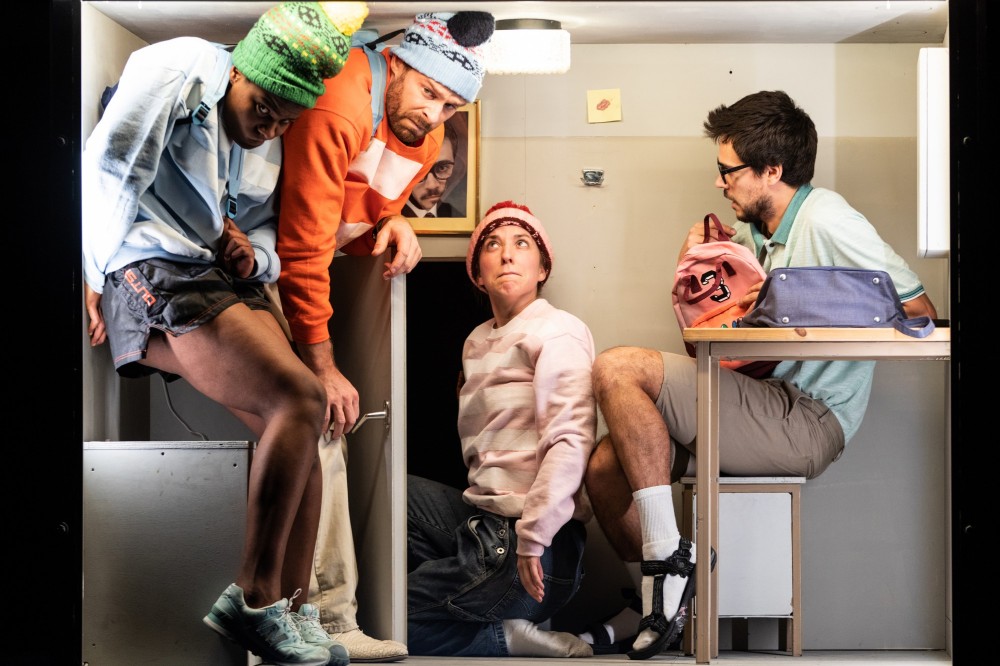 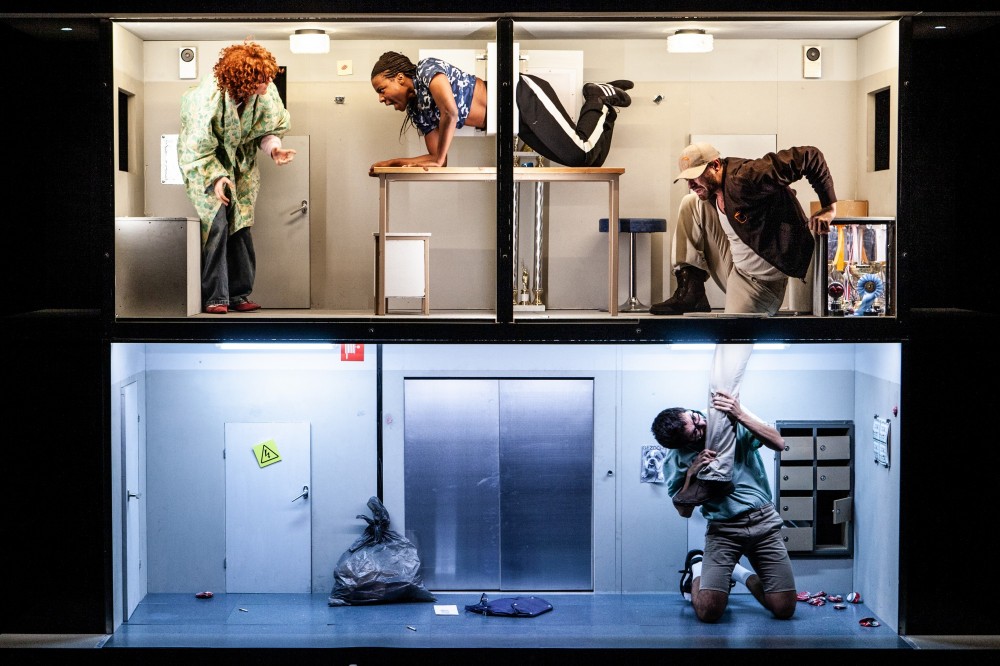 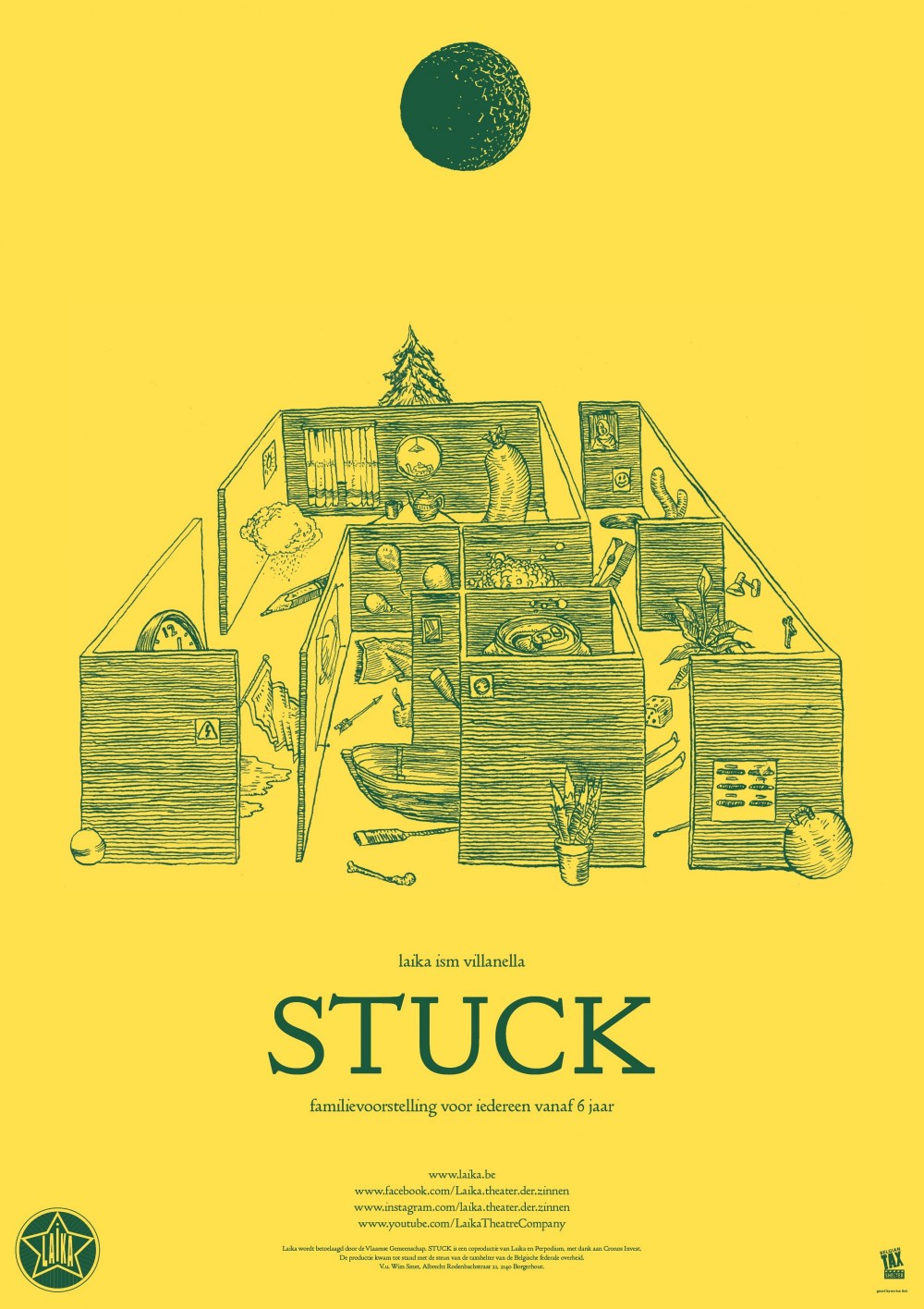