Hotel Tomilho 14+
About homesickness and being on the road 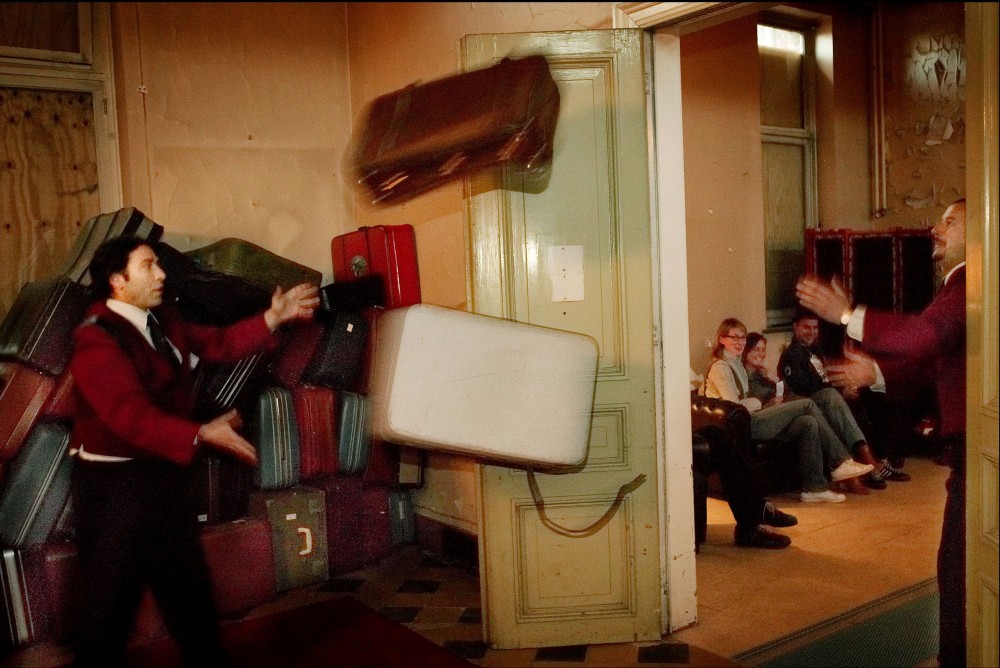 You are looking for a place to stay. You arrive in a hotel that has known better times. A weirdly familiar place. Sometimes exotic and enticing, at other times bizarre and intimate. Wandering through the rooms, you meet casual visitors and people who seem to live there. In this curious hotel, the past merges with the present. You are intrigued. Your senses are on edge.

In 2002 the Portuguese Percursos Festival invited a few European companies, including Laika, for a long-term collaboration in Portugal. The dream of the festival was for the confrontation with Portuguese culture to lead to new productions. In Viseu, Laika met Teatro Regional da Serra do Montemuro, a company that operates from the small mountain village of Campo Benfeito. The two companies got on so well that they decided to join forces to make a production called Hotel Tomilho a production about homesickness, being on the road, farewells, and exploring new horizons.

"A hotel is in fact a body. The reception is the brain, the staff are the cells, or the red globules, and here, here you are in the intestines."
How did you like Hotel Tomilho ? Leave us your comments!
Comments  |  Leave a comment 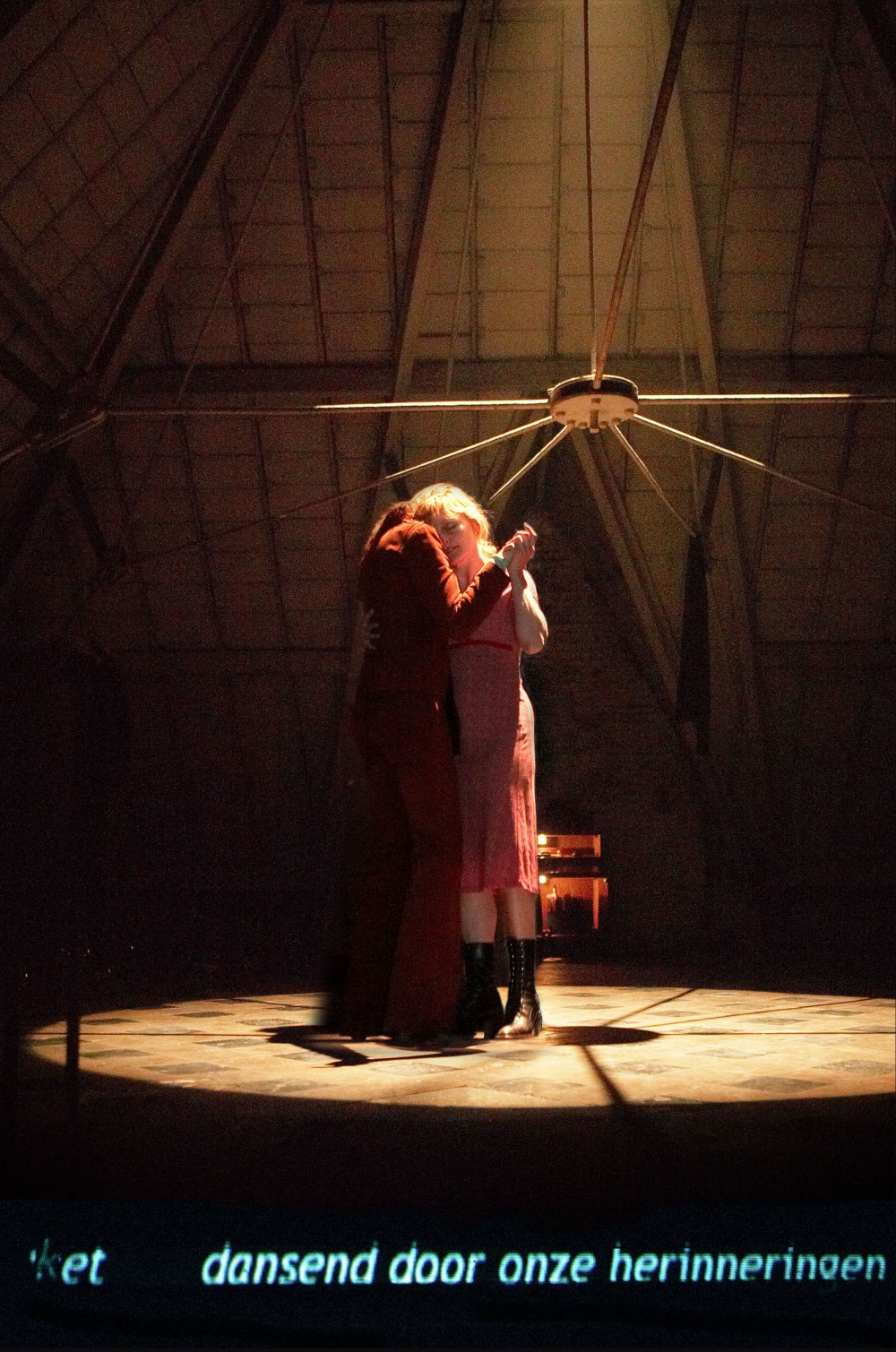 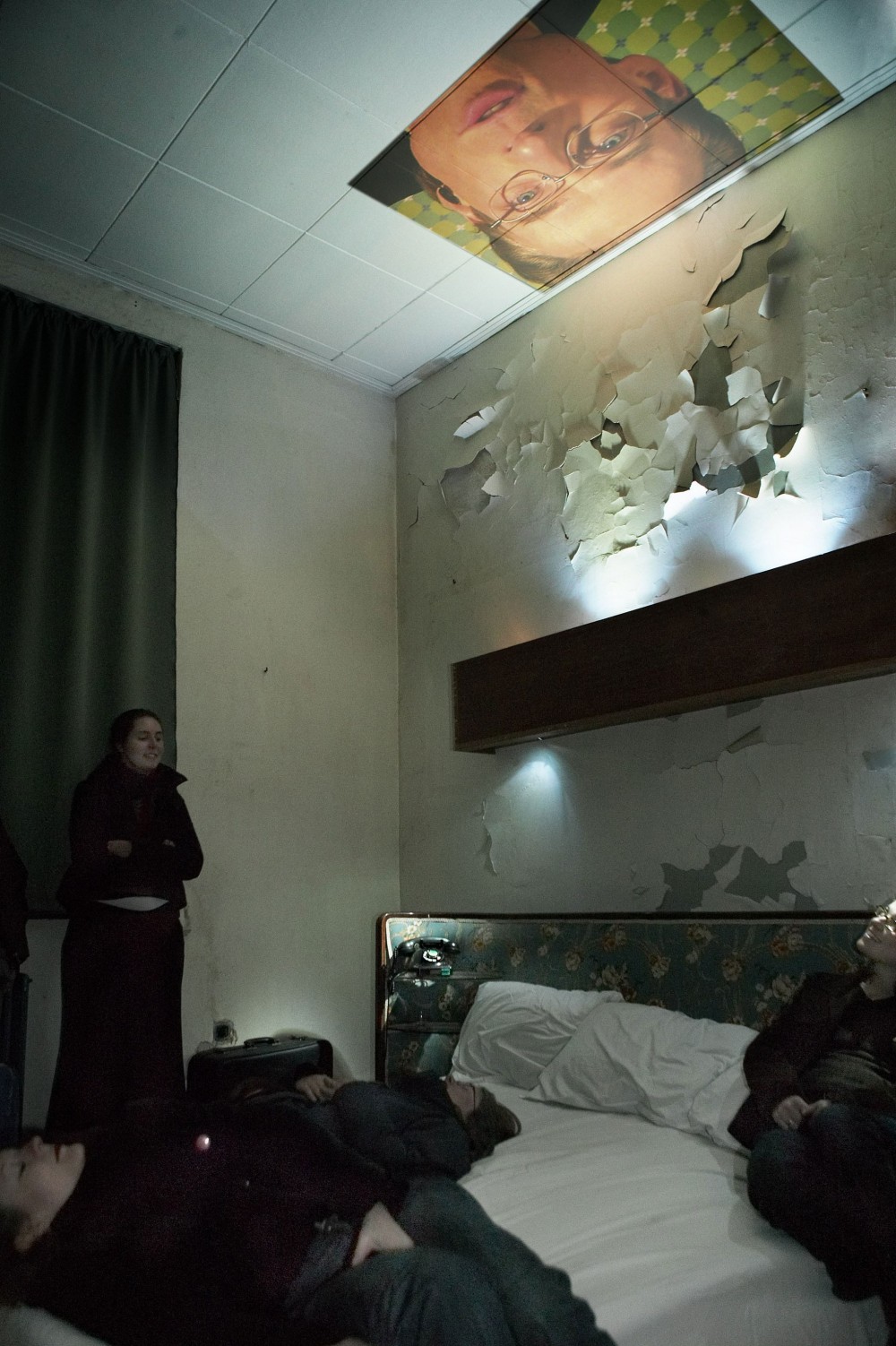 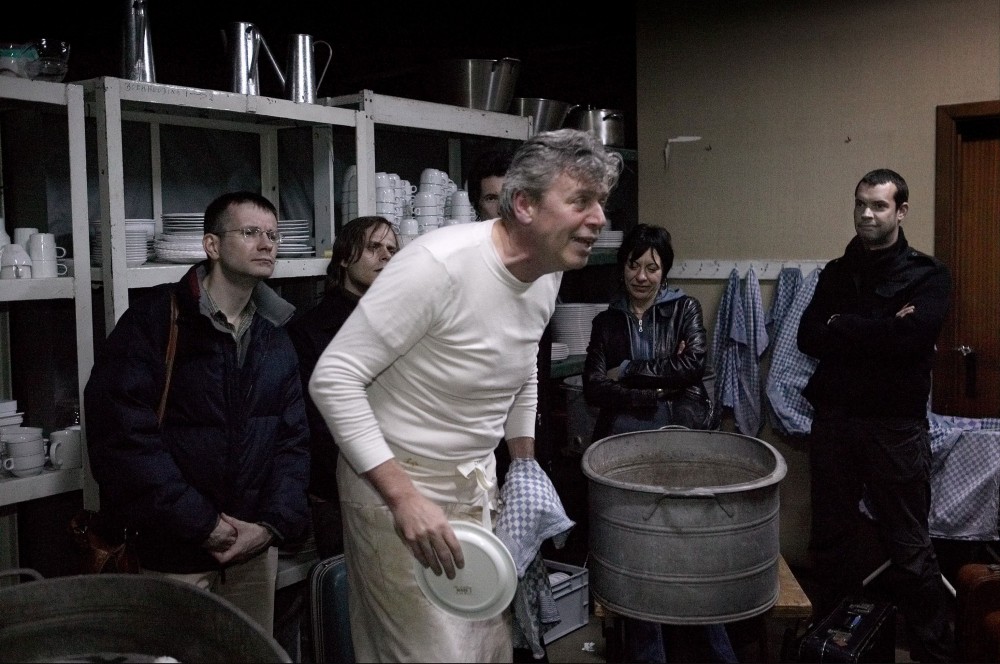 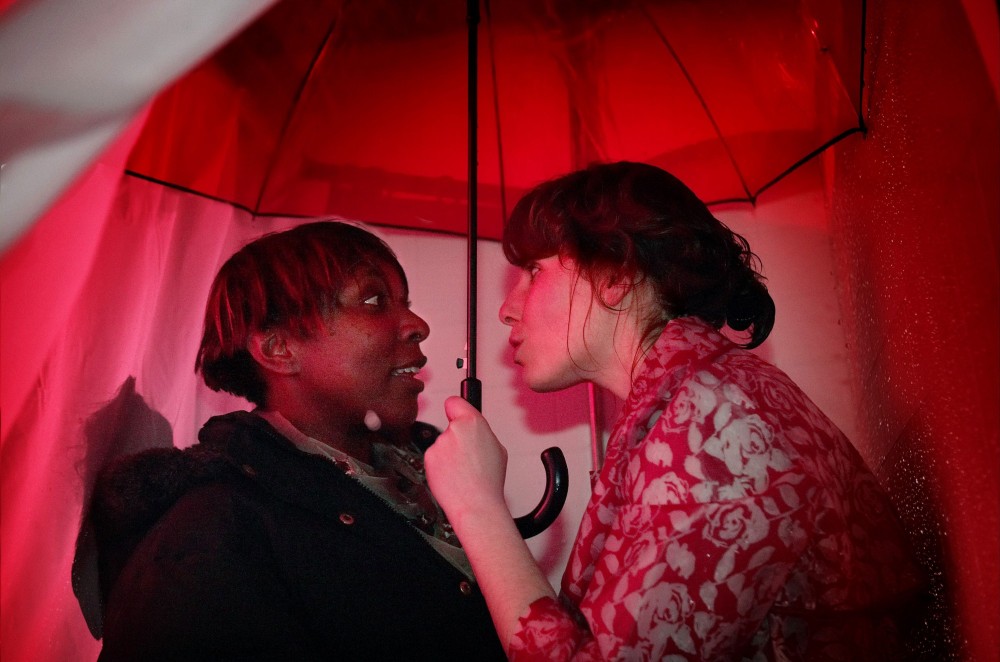 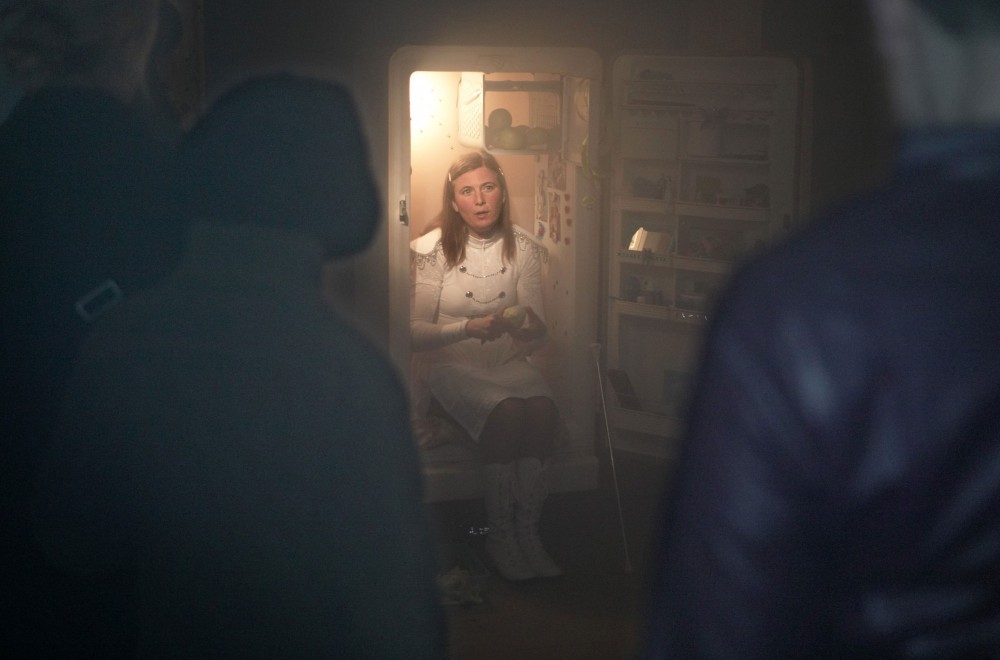 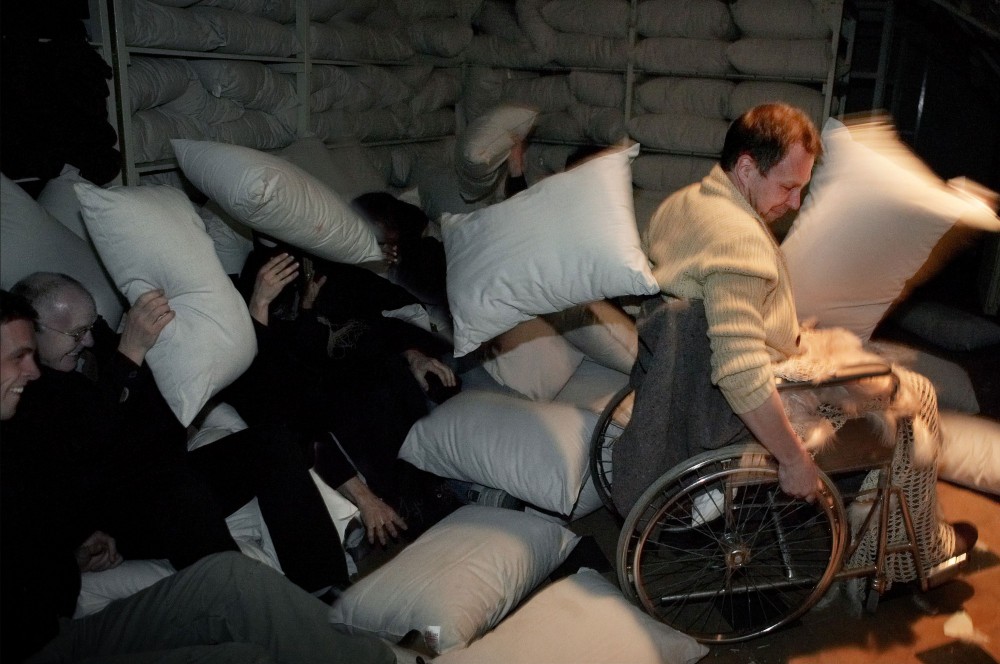 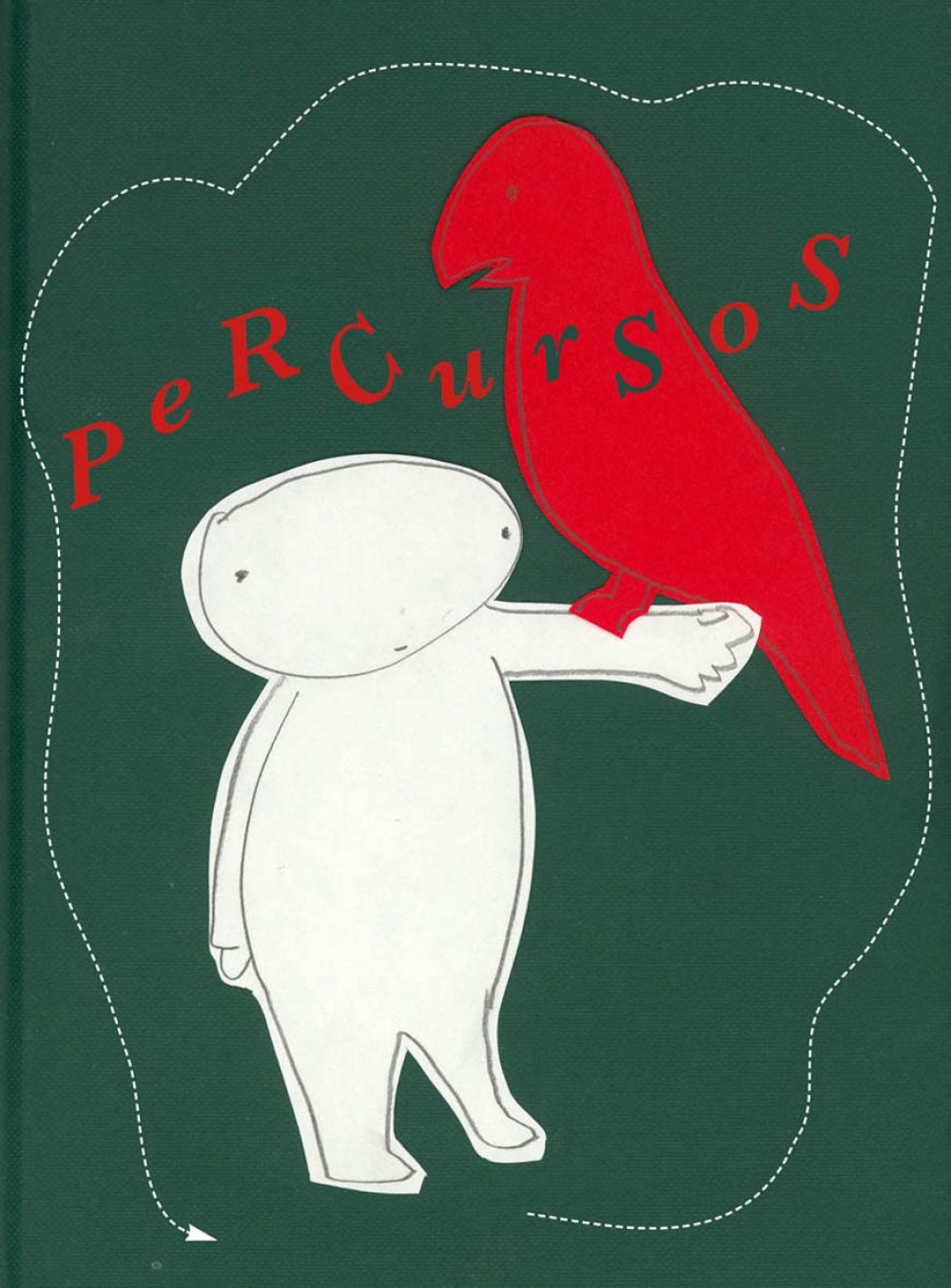