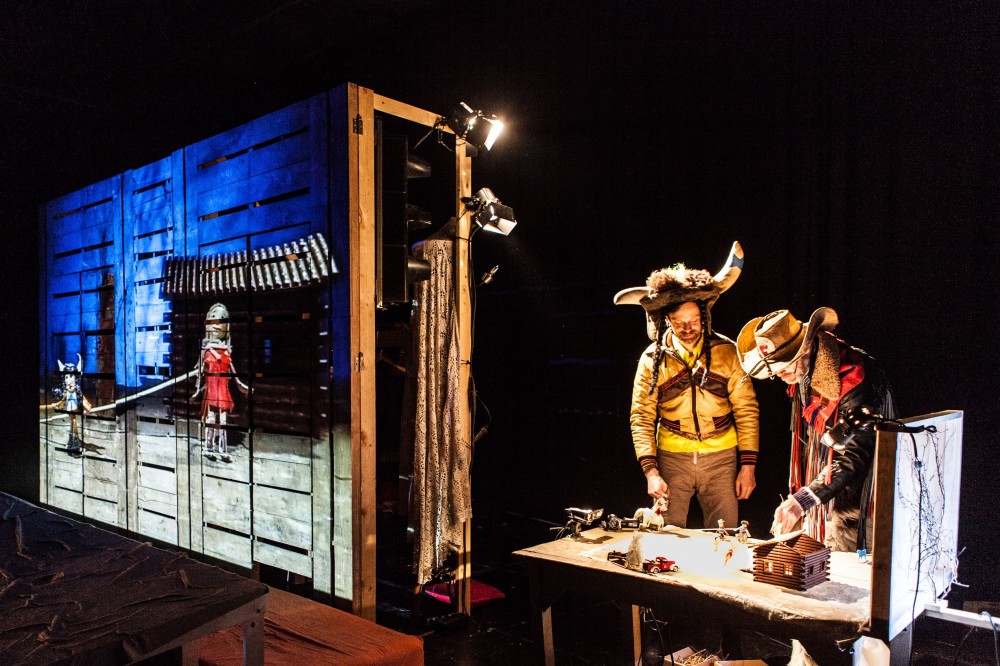 Once upon a time there were two cowboys. Their language was crude, they laughed loudly with their mouths open and they stank to high heaven.

The cowboys had lived everywhere and nowhere and so long as they were young, they would always find a bed for the night. But that was all a long time ago. Now their joints are stiff and their backs bent. One cowboy dreams of having his own bed and his own bath in his own house, the other doesn’t want to know about anything like that. So each goes his own way...

Laika and BonteHond worked together on Watou (2011) and feel an affinity because of their theatrical language.

Gerda Dendooven is well-known as an illustrator and writer of children’s books. She has won no fewer than four Boekenpauw prizes for her illustrations, in 1996 she was shortlisted for the international Hans Christian Andersen Award, in 2002 she won the Gouden Penseel prize for the best illustrated book and in 2004 the Flemish Culture Prize for Children’s Literature. Among other things, Laika’s Soup Sisters (Soepkinders) and The Twig Child (Het Takkenkind) were based on Dendooven’s work. 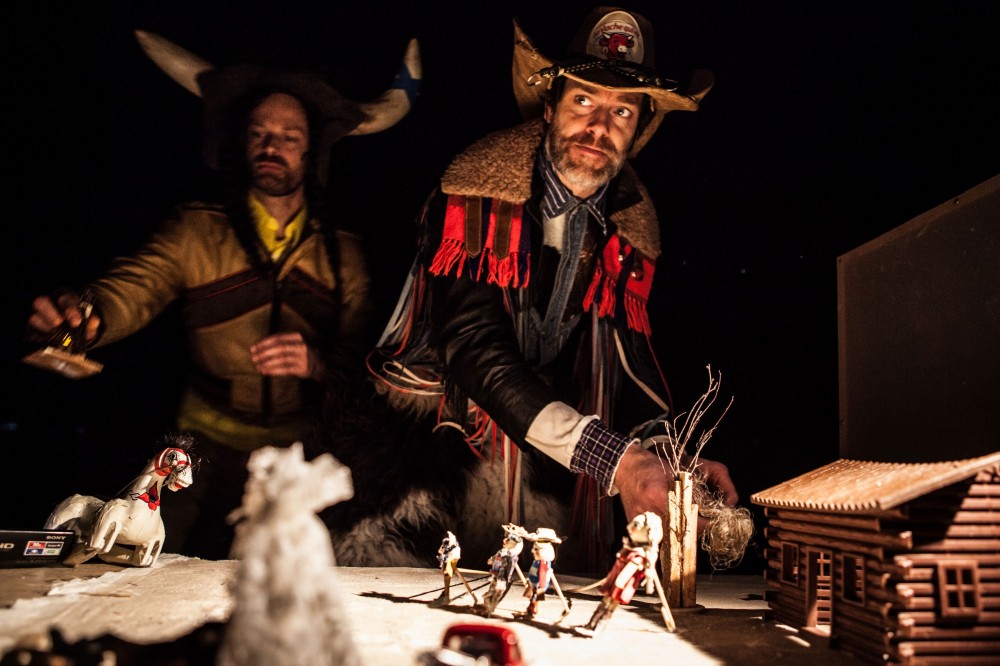 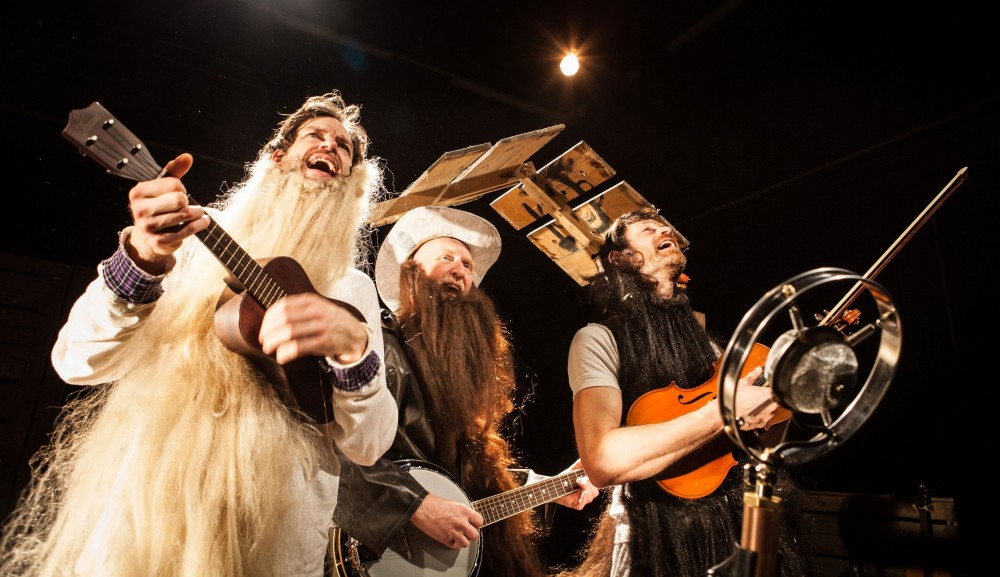 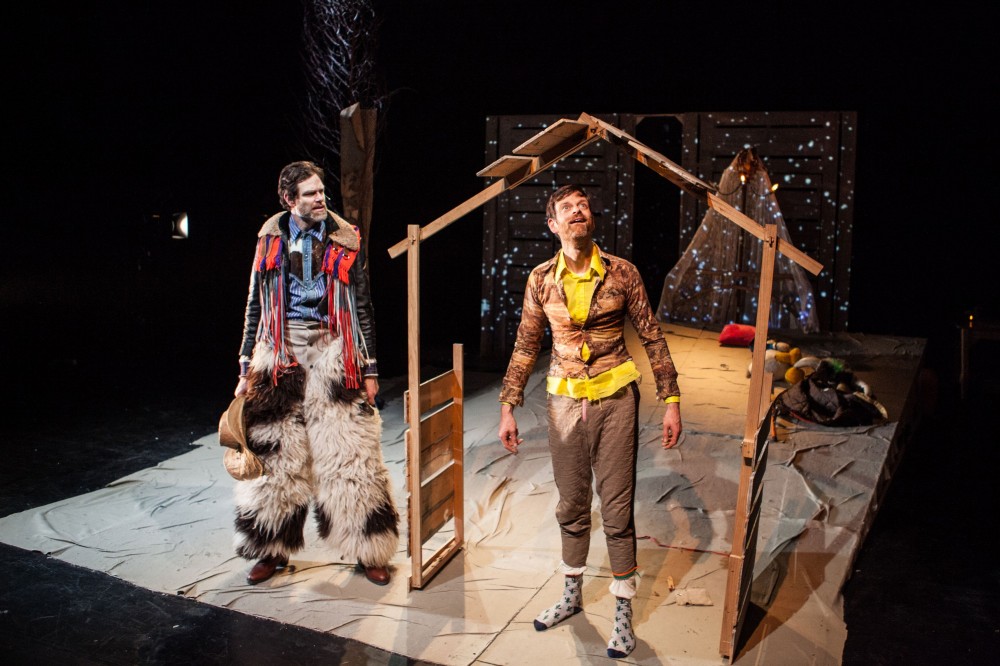 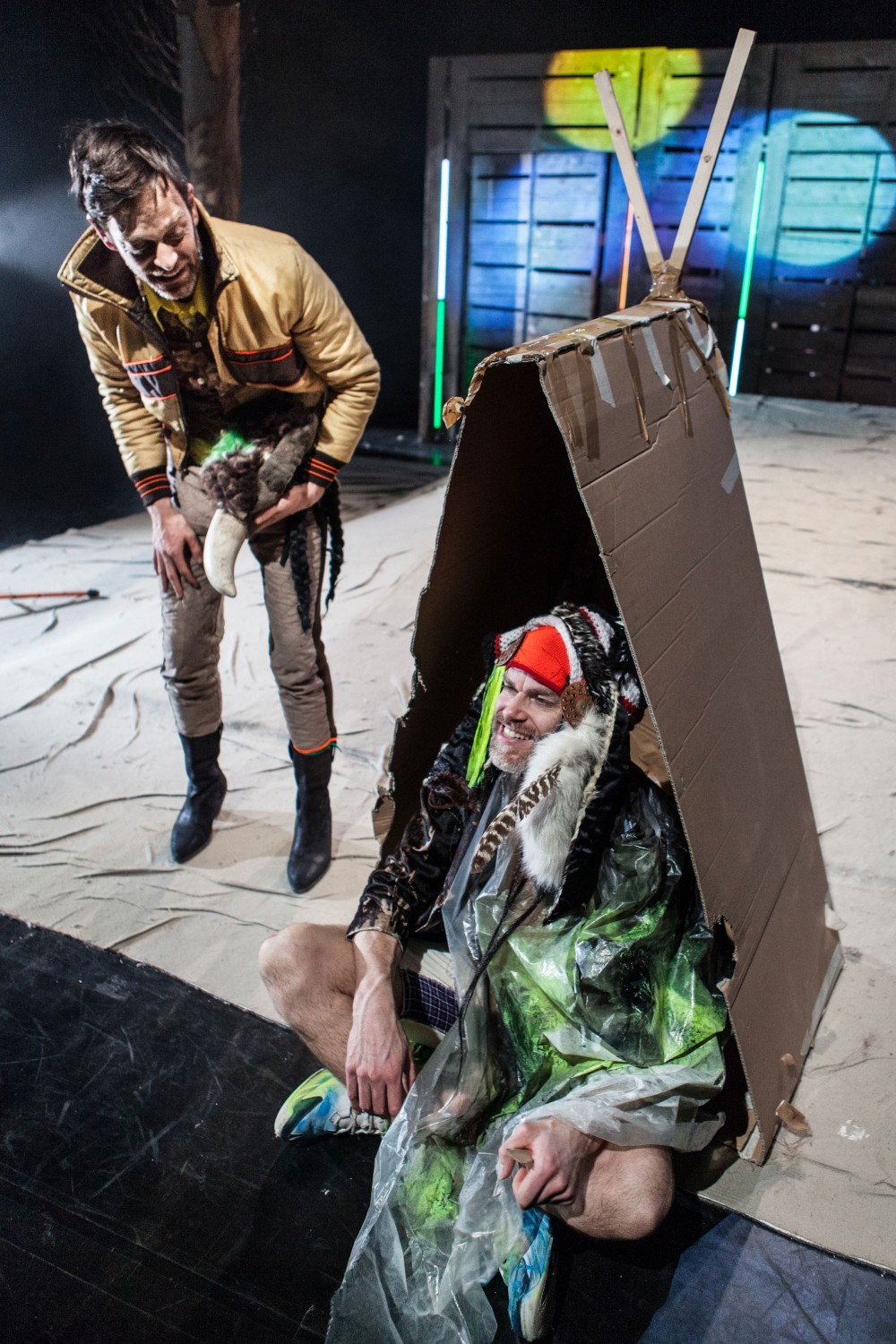 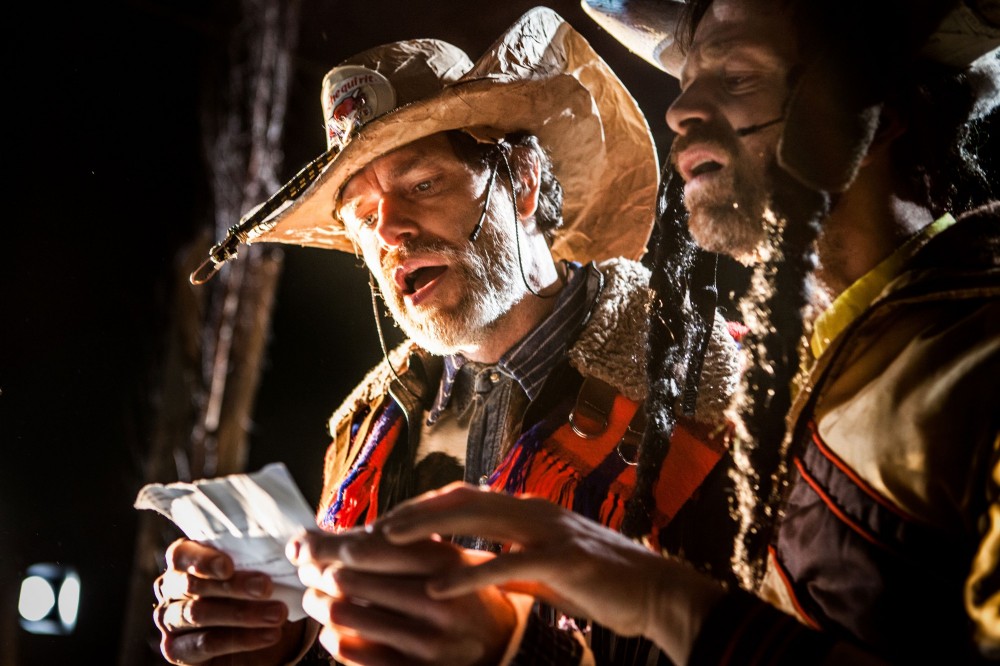 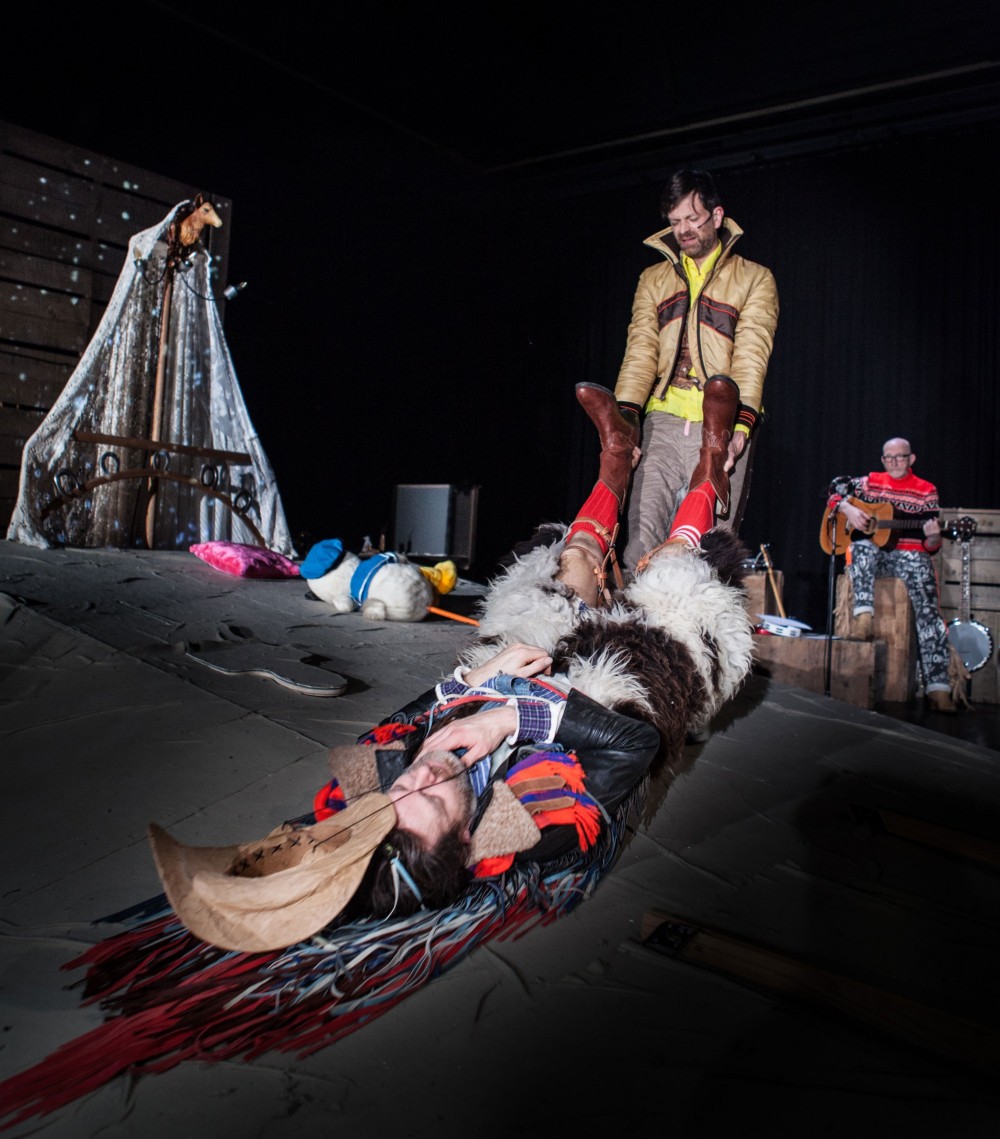 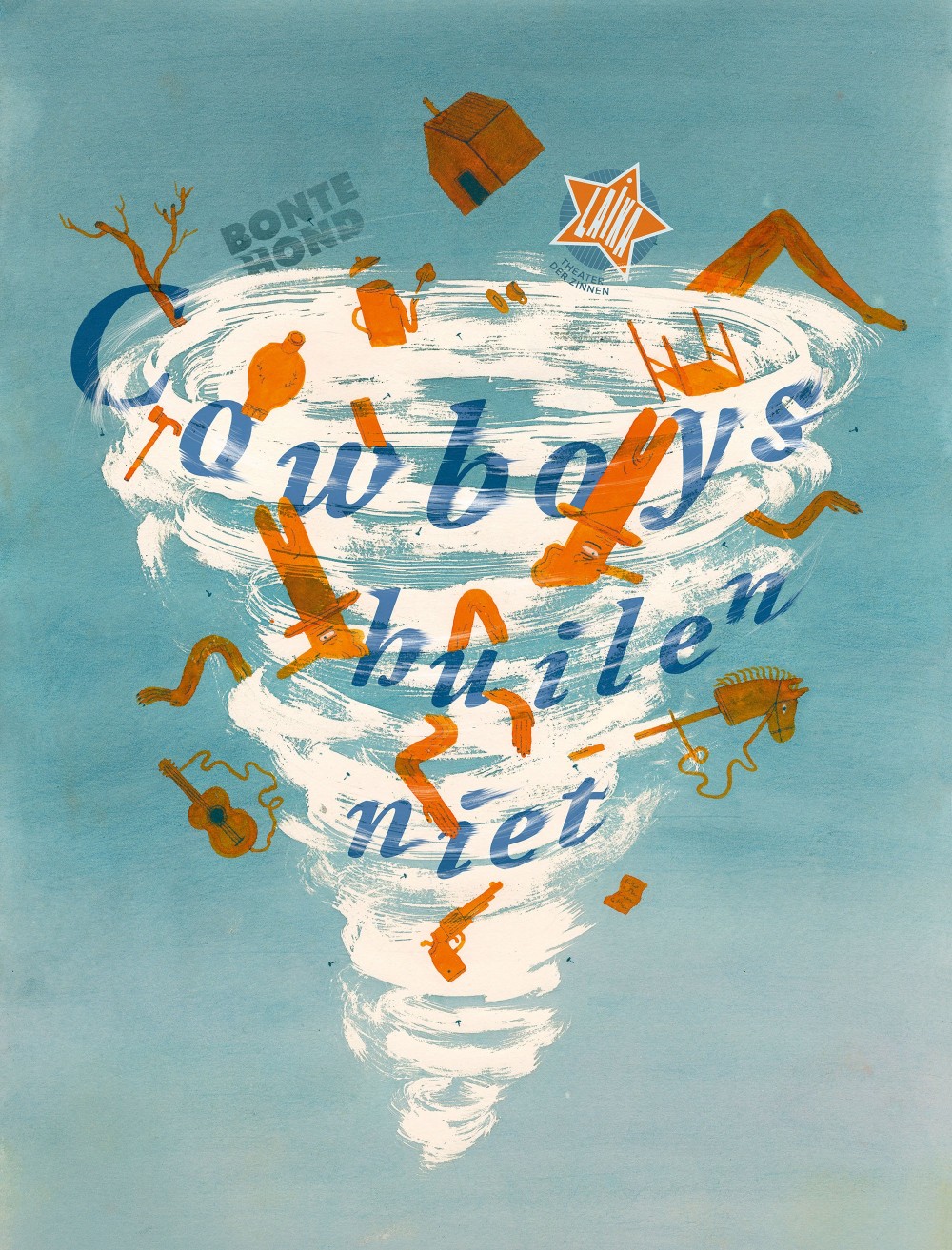