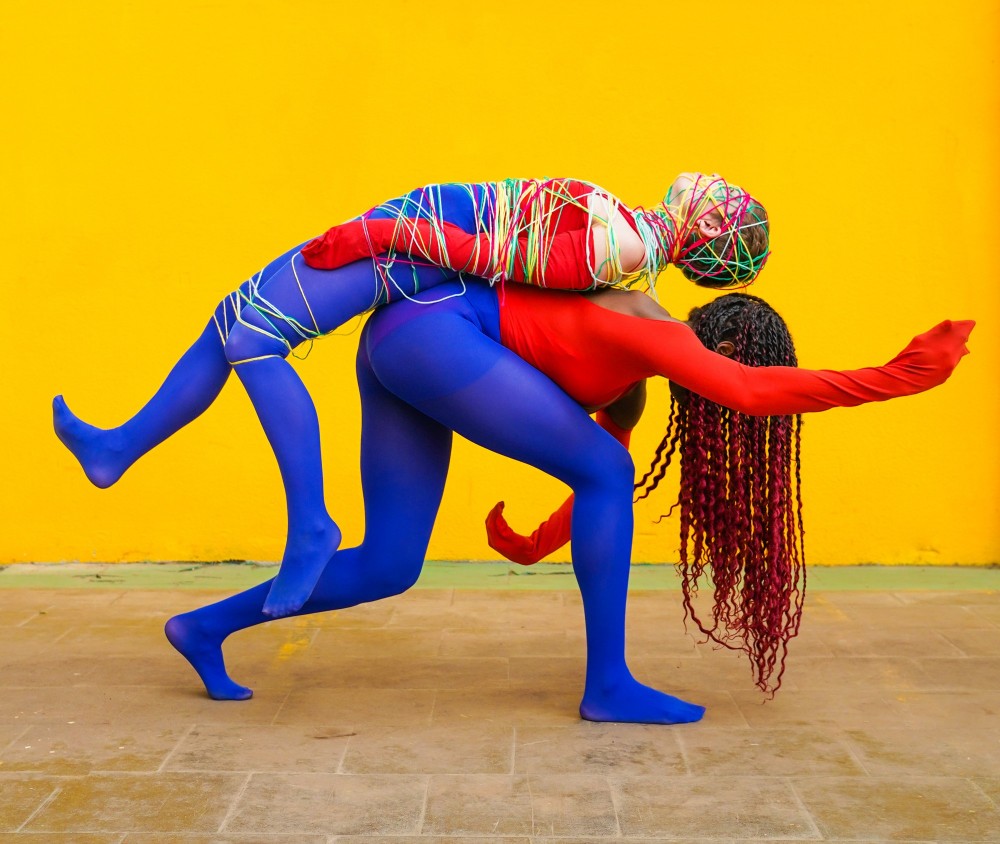 Two girls could not be more different from each other. For the one the world is a chaotic place where danger lurks round every corner. The other is tough and fearless and approaches the world with an open mind. Chance brings them together. Reliant upon each other, they form a bond.

BAZAR is a story about the power of imagination and the courage to tackle life head-on. Compelling music plus a touch of suspense, frisson and, of course, humour.

Artist Aminata Demba is fascinated by the relationship between adult and child in extreme situations. For BAZAR that is the world today and it seems to have gone adrift. Reports of catastrophes in the news bulletins, images of war, the realization that people you love could die. Children absorb all this like a sponge. But what do you do if your imagination runs wild and swallows you up? If the surfeit of stimuli is such that you can no longer control the chaos in your head?

As in Binta’s inner room (selected for Het TheaterFestival 2021), Aminata draws inspiration from conversations and workshops with children and adults.